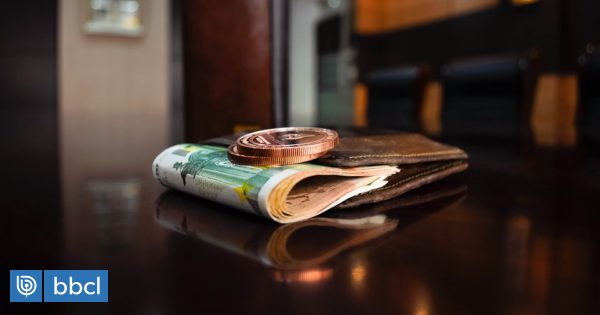 The president of the European Central Bank, Christine Lagarde, said Thursday that it was “too early” to reduce monetary support for the consequences of the pandemic, despite the fact that the economic recovery is gaining momentum.

The ECB kept interest rates at historic lows and made no adjustments to its plan to purchase emergency bonds worth 1.85 trillion euros ($ 2.2 trillion), which aims to keep the costs of loans to stimulate spending and investment.

The former French Finance Minister said it would be “Too early and premature” tighten monetary policy and affirmed that there is to consolidate the rebound.

Keeping the cheap money tap open “is still essential to reduce uncertainty and build trust ”during the pandemic, he told reporters.

Prospects for the economic zones of 19 countries have improved considerably thanks to vaccination and booming demand, as businesses reopen.

“We expect economic activity to accelerate in the second half of this yearLagarde said.

The rebound in spending, strong global demand and fiscal and monetary stimulus “will provide crucial support to the recovery,” he added.

But he warned that the economic recovery remains fragile and it largely depends on how the pandemic evolves.

In its updated forecast on Thursday, the ECB said it now expects the eurozone economy to grow 4.6% this year, up from 4.0% previously.

Inflation on the rise

Optimism about the economic recovery is complicated, however, by the rebound in the inflation, a problem facing central banks around the world.

Lagarde reiterated that the rise in consumer prices in the eurozone is likely to be temporary, and that the long-term outlook for inflation remains subdued.

Eurozone inflation reached 2.0% in May, its highest level in almost three years, exceeding the ECB’s goal of being “close to, but below” 2.0%.

The increase has been driven by the rise in oil prices and temporary factorssuch as the shortage of raw materials and demand.

New projections from the ECB on Thursday raised inflation forecasts for 2021 from 1.5% to 1.9%.

In the next two years, the bank expects inflation to decline, standing at 1.5% and 1.4% respectively.

The United States faces a similar situation and concerns are growing that the Federal Reserve may be seen forced to reduce or “decrease” its bond purchase plan, or to raise interest rates earlier than expected.

Inflation in the United States soared to 5% in May, according to data released during Lagarde’s press conference.

However, the head of the ECB said that, although the institution is “attentive to the world situation”, the euro area is at a different moment of recovery than the United States.