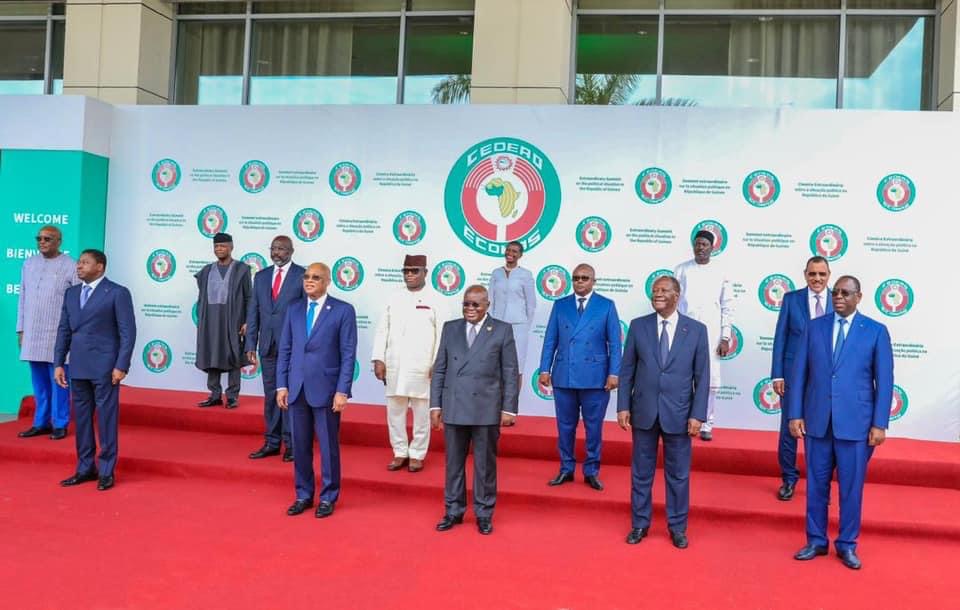 The West African region is in turmoil. In addition to the security crisis that prevails in several countries, others are going through political and institutional turmoil. Mali and Guinea Conakry are the most recent examples.

On August 18, 2020, a group of colonels seized power in Bamako after a series of demonstrations by the M5-RFP made up of political parties, religious associations and civil society. Following this coup d’etat, a transition was installed, but it will fizzle out. On May 24, 2021, the Vice-President, Colonel Assimi Goita dismisses the President of the Transition Bah N’daw and his Prime Minister Mactar Ouane. Noting the vacancy of power, the Constitutional Court recognizes the former head of the special forces in central Mali as the new strongman of the country. A new Prime Minister is appointed in the person of Choguel Maïga, an influential member of the movement which accelerated the fall of Ibrahim Boubacar Keïta.

Less than five months later, a neighbor tastes the same rack. On September 5, Alpha Condé was overthrown by the Special Forces Group led by Colonel Mamady Doumbia. The former member of the Outer Legion announces the creation of a “National Committee for Unity and Development”.

These coups d’état took the Economic Community of States by surprise.

from West Africa. The sub-regional institution which brings together 15 countries has, each time tried to save the furniture by trying to impose sanctions against the countries where these unconstitutional accessions to power have been recorded. In Mali, ECOWAS measures have evolved over time. After the coup d’état of August 18, severe decisions were taken, such as the economic sanctions which weighed on the implementation of a transition. The same intransigence was not observed after Colonel Goita’s second coup. Instead of substantial sanctions, ECOWAS limited itself to suspending Mali from its bodies. But the coup d’état in Guinea Conakry seems to have inspired a new strategy.

At the end of the extraordinary summit held on September 16 in Accra, the Conference of Heads of State and Government decided to maintain the suspension of Guinea from all its bodies until the restoration of constitutional order. West African leaders have also given six months to the current authorities to organize presidential and legislative elections for the restoration of constitutional order in Guinea.

To increase the dose, the heads of state decide to implement targeted sanctions involving the travel ban of CNRD members and their family members and the freezing of their financial assets. At the same summit, the Malian transition is reviewed and Bamako was asked “to strictly respect the timetable for the transition to conduct elections within the non-negotiable deadline of February 2022”.

At the same time, the transitional authorities are invited “to submit by the end of October at the latest the timetable leading to the essential steps for the February 2022 elections.”

Wanting to be persuasive, the heads of state do not rule out applying targeted sanctions against “those whose actions have a negative impact on the timetable for the transition as decided by the heads of state.” Sanctions that would include a travel ban for these people and their families and the freezing of their financial assets. There is no doubt that through these decisions, ECOWAS is trying to regain control of the situation. But isn’t it too late? Both on the Malian and Guinean side, the soldiers who are in charge do not give the impression of being shaken.

ECOWAS denounced “the continuous arrests as well as the incarceration of political leaders and former dignitaries by the transitional authorities. She also denounces the will of the government of Choguel Maiga to hire private security companies in Mali. Making the fight against corruption a priority, the Malian transitional authorities are not showing signs of slackening the accelerator. On the subject of negotiations with the private Russian company Wagner, the Prime Minister evokes the need for Mali to see other horizons on the eve of the reorganization of Operation Barkhane.

In Guinea, the responses are less tinged with diplomacy. Not only the release of Alpha Condé demanded by his former colleagues is not accepted. But Colonel Mamady Doumbouya has shown that he has little to do with ECOWAS “decisions”. On threats of travel ban and freezing of their financial assets brandished by the organization, the Guinean military have indicated that they have no mission outside their country and that they have no accounts abroad. Regarding the deadline for the organization of the elections, the junta relies on the will of the people of Guinea.

“In Conakry, if we stick to the reactions of some, ECOWAS is rather considered as an organization which defends heads of state and not peoples. Some even believe that it is a union of heads of state in West Africa. An organization which has shown its limits vis-à-vis the Heads of State of member countries ”, noted a Guinean journalist who spoke with Dakaractu. It must therefore be said that never has the sub-regional institution been so challenged, or even discredited. What’s more from the inside. What if she had to introspect her own rules? It should be noted that these coups are the consequence of acts taken by presidents who do not respect the principles of the rule of law.

The Heads of State are aware of this and, under the heading of “strengthening democracy”, reaffirmed that “the consolidation of democracy and good governance is essential for the development, peace and stability of the region. ”

“Consequently, the Conference instructs the President of the Commission to initiate the review process of the Additional Protocol on Democracy and Good Governance of 2001 in order to strengthen democracy, peace, and stability in our region,” the statement said. end of the September 16 meeting. This protocol, which supplements that of 10 December 1999 relating to the mechanism for preventing, managing, resolving conflicts and maintaining peace and security, promotes democracy and good governance. And this appears from Chapter I on “the Principles of constitutional convergences”.

Article 1 enshrines the “separation of executive, legislative and judicial powers”, emphasizes the “strengthening of Parliaments and the guarantee of parliamentary immunity”, guarantees the independence of the judiciary “. Section b recalls that “any accession to power must take place through free, fair and transparent elections” and while the following paragraph prohibits “any unconstitutional change, as well as any undemocratic mode of accession or maintenance in office. to be able to “.

In Chapter II, questions related to the elections are regulated by article 2 which rules out any substantial reform of the electoral law in the six months preceding the elections, without the consent of a large majority of the actors. It is stated in the second point that “elections at all levels must take place on the dates or periods fixed by the constitution or electoral laws”.

The fight against poverty and the promotion of social dialogue are taken into account by the said protocol. Article 26 commits member states to providing basic needs and essential services to their populations. If all these conditions are met, the armed forces will have no other choice but to take care of the role assigned to them by the protocol, in particular exclusively defending the independence, the integrity of the territory of the State and its democratic institutions ”.