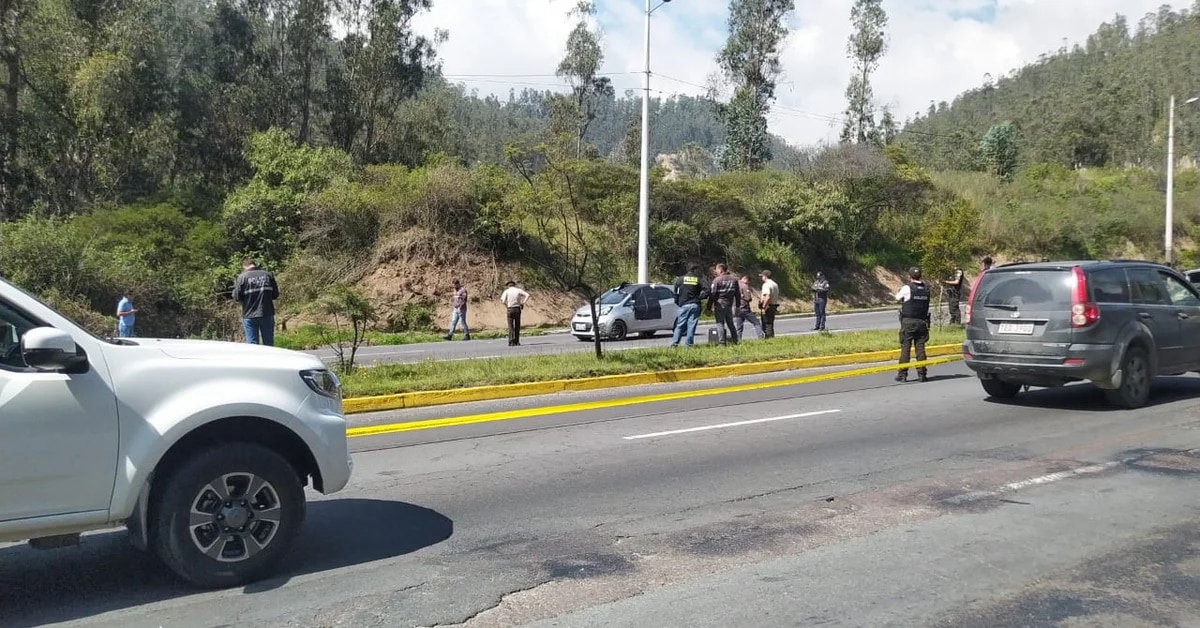 The colonel of the National Police from Ecuador in passive service, Santiago Lozawho served as director of the El Inca jail He was assassinated by hitmen this Thursday on an avenue in the northeast of Quito. According to the first official versions, Loza was traveling in his vehicle to his work when two individuals on a motorcycle intercepted him and shot him with short-range weapons.

Loza took over as director of the El Inca prison on November 9. That prison is under the control of the criminal gang The Wolveswhich had spoken out, along with five other criminal groups, in favor of a peace agreement.

The general Freddy Sarzosa, national director of the Directorate for the Investigation of Crimes Against Life of the National Police, reported that once the authorities have carried out the removal of the body, it will be subjected to medical-legal examinations. According to the officer, at the crime scene, they identified Loza by his physical characteristics.

As part of the investigations, Sarzosa indicated that the Police will review all the cameras and closed circuits that allow them to determine the traceability of Loza’s movements from the time he left his home until he was murdered.

The National Comprehensive Care Service, the institution in charge of prisons in Ecuador, issued a statement confirming the murder of Loza. In the official bulletin, the entity, in addition to expressing its condolences to the relatives of the official, also called on the authorities “to determine the causes and find those responsible for this attack that mourns the Ecuadorian prison system”.

For its part, the State Attorney General’s Office announced that after the first proceedings an ex officio investigation was launched to investigate the murder.

The assassination of Loza occurs after several riots registered in the country’s prisons, including the prison he directed, and after the transfers of prisoners carried out by the government.

As reported Karol Noronaa journalist specializing in security, during the short tenure of Loza several members of Los Lobos were transferred to other prisonswhich caused the eleventh prison massacre to take place at the prison Loza was in charge of.

General Sarzosa ruled out that the National Police had known of any kind of threat against Santiago Loza.

Two weeks ago, on November 15, six criminal gangs in Ecuador announced a peace agreement. One of the spokesmen for the criminal groups, in one of the videos they released at the time, assured that the organized crime groups The Wolves, The Tiguerones, The aligators, The Mafia 18 Sharks, The Goblins y los Latin King “We unite in a single cause, which is to retake peace and tranquility throughout the Ecuadorian territory and the centers of deprivation of liberty.”

The gangs Los Lobos, Los Tiguerones, Los Lagartos, the Mafia 18 Tiburones, Los Duendes and the Latin King nation say —from different prisons— they have “united” to reach an “agreement for peace.”

According to the announcement, the peace agreement would apply to the prisons of Cuenca, Latacunga, Guayaquil, Hint, Machala, riobamba, Store, Ibarra, Really and the prison of He Incain Quito, Santiago Loza had just taken office in the direction of this last prison when the gangs assured that there was a call for peace.

“We are united to neutralize these violent acts against the general public and the State. Mr. President, we are not at war with the State nor are we beneficiaries of extortion or kidnappings or attacks that have occurred in recent days perpetrated by opposing organizations,” said one of the spokespersons.

The Choneros y The Eagles They are not within the agreement announced by the other six bands.

Despite this announcement, violent acts such as bomb attacks, the recent takeover of a hospital of manabí and the assassination of this prison authority in Quito.

Evo Morales against Heraldo Muñoz for Silala ruling: “Use intrigue to get political gain” | International