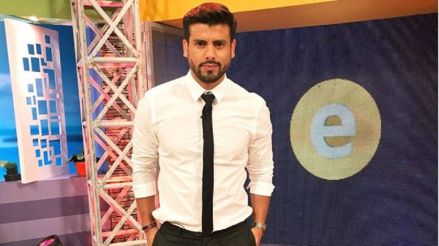 The Ecuadorian television host Efraín Ruales was shot dead on Wednesday, when he was traveling in his vehicle on an avenue in the north of the city of Guayaquilannounced the police.

According to the commander of zone 8 of the Ecuadorian Police, César Zapata, the victim was shot several times. In addition, he announced that the criminalistics team is already carrying out the investigations and that it could be a case of hitmen, since all of Ruales’ belongings were found inside the vehicle.

The 36-year-old actor, model and musician also reported threats several months ago through his social networks.

In this regard, the president Lenin Moreno He indicated through Twitter that he has already given instructions for the investigation to be carried out and no effort is spared to clarify “the despicable crime.”

The artist “would have received several gunshot wounds while driving his car,” Ecuavisa reported on its website.

He added that “our colleague was mobilizing in his vehicle when he was intercepted a few blocks later from the gym he normally went to in the mornings. “

At that station he was part of the cast in various comedy productions.

The Office of the Prosecutor for its part began “ex officio, an investigation into the alleged murder of the presenter,” the entity announced.

Ruales, used to providing spiritual and motivational messages to his followers on social networks, last July he published a video where he said he received threats.

“Through a call they told me: be careful with the messages I sent on Sundays about corruption cases”, referring to their opinions on the scandals for overpricing in medical supplies during the pandemic.

An Israeli citizen investigated in this process died in a Guayaquil jail and another compatriot was injured when they were attacked by other inmates during the investigation stage.

According to local media, both foreigners “were detained while they were transporting about $ 100,000. In their testimonies they indicated that they had sold medical supplies to Jacobo Bucaram,” son of the former president. Abdullah Bucaram Ortiz (1996-1997).