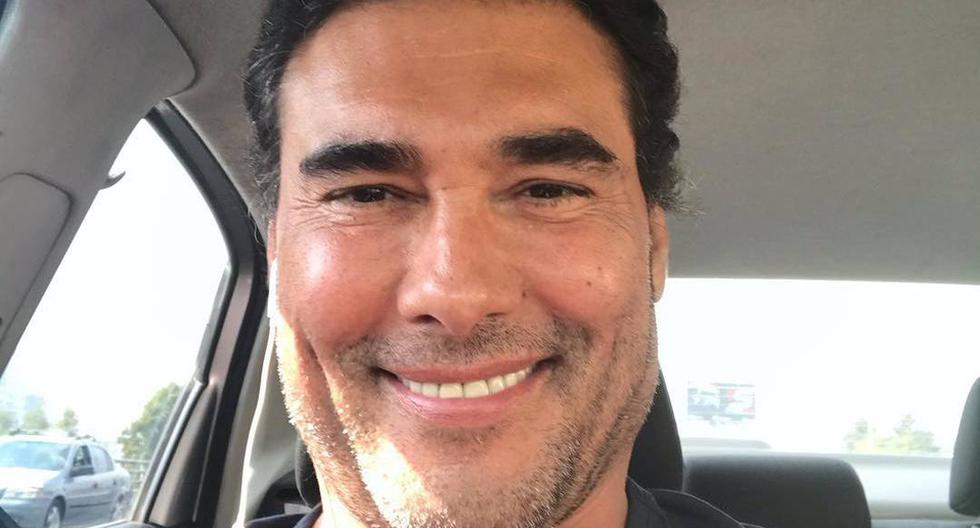 Eduardo Yanez He is a leading man of soap operas, known for his work in melodramas such as “I buy that woman”, “In my own flesh”, “The hidden truth”, “Distilling love” and “Fire in the blood”. Mexican by birth, Yáñez is also one of the most controversial artists in the business. He has even had problems with the same press.

MORE INFORMATION: “As a human being I have my variations, but I am not a hypocrite ”, says Eduardo Yáñez about his relationship with the press

Yanez He even attacked reporters by not wanting to answer a question. And, once again, the 60-year-old actor has been talking about after slapping the journalist Gabriel Cuevas, from the program “Come joy.” As is known among the public, it is not the first time that the actor has had outbursts of this type, that is why he has been described as aggressive and have an explosive character.

But that’s not the only topic that is being talked about Eduardo Yanez. The heartthrob of “Destilando amor” has a complicated relationship with his son Eduardo Yáñez Jr., as a result of his relationship with Norma García, whom he married in 1987, after a 10-year courtship.

MORE INFORMATION: Andrea Legarreta and her reaction after being consulted about the new incident of Eduardo Yáñez with a journalist

About, Eduardo Yanez He said he did not want to talk about his son and was blunt when asked about his firstborn and grandson. “I have no news of that and I do not intend to talk about it either,” he told the Mexican media.

But what exactly happened between Eduardo Yanez and his son? Why did they fight and distance themselves? Next, we tell you the details of the relationship between the Mexican actor and his 28-year-old firstborn.

In October 2017, it emerged that the subject of her son remained difficult. On a red carpet in Los Angeles, Eduardo Yáñez slapped the reporter Paco Fuentes from “El Gordo y La Flaca”, who questioned him about an incident involving his first-born son.

According to Univisión, during Eduardo Yáñez Jr.’s childhood and early adolescence, father and son had a good relationship. This was demonstrated by the young man through his social networks, where he expressed himself with compliments towards his father. But that changed in 2017, when their bond ended up fracturing.

In June of that same year, Eduardo Yáñez Jr. used his Twitter account to describe his father as a “drug addict, racist and abuser of women.” In addition, the young man pointed out that his father is the complete opposite of the roles he plays: “It’s funny how in soap operas my father always plays the hero, but in real life he is completely the opposite.”

In July 2017, Norma García, the actor’s ex-wife, spoke of the conflict between the father and son at that time. “The exact reason I don’t know, but it was a very strong discussion; my son told me: ‘For me, my father is dead, I don’t want to be like him.’ I speak very little with his father, but the last time he said to me: ‘I don’t want a son like that, I don’t want to know about him, you don’t mess around,’ “he told TVNotas.

The reason for the fight between father and son arose when Eduardo Yáñez Jr was 15 years old. The soap opera heartthrob told his son that he had an account for emergencies and for his future. “Do not touch her; if you’re going to touch it, let me know ”, he stressed.

However, Eduardo Yáñez spent $ 15,000 from his father’s savings and justified himself by saying that “he was 15 years old and did not know how to use money or live in the United States,” he told the “Primer Impacto” program.

In that same interview, the young man confessed that Yáñez had promised to help him enter the artistic world. However, the actor did not keep his promise and told his son that he first had to “fix” his face, teeth and nose. “When my dad gets angry he says a shitload of things. He told me: ‘I hate you, you bastard, you bastard,’ “he declared.

In November 2018, Yáñez opened up about the quarrels he had with his son: “This is where this lawsuit that I had with my very strong son was born, where my son expressed himself about me in a thousand ways,” he told Paty Chapoy.

The soap opera actor said that although he had forgiven his son, he had already lost trust in him: “Trust is something very difficult to recover from someone, especially when you have given everything. But I can tell you that I really want to see it ”.