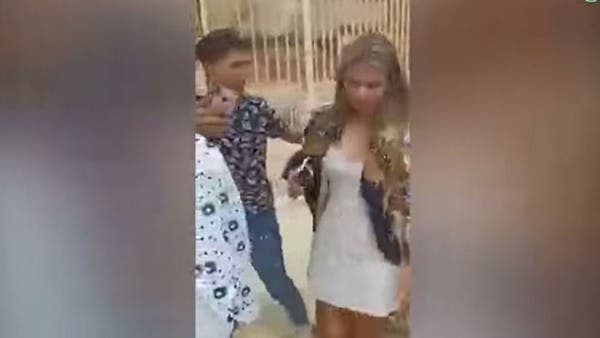 An official source at the Egyptian Ministry of Tourism and Antiquities said, on Thursday, that strict measures will be issued after analyzing the video that spread on social media for a number of people. Teenagers try to harass female tourists in the pyramids area In Giza during the third day of Eid al-Fitr.

Quotes Egyptian media From the source, he indicated that the great intensity that occurred on the third day of Eid al-Fitr did not enable the archaeologists in the area to control this incident, which took only a few seconds.

And the source continued: “Strict instructions were issued before the days of Eid al-Fitr for the presence of all archaeologists to prevent any violations that may occur from some visitors, as well as to prevent any harassment of visitors, whether Egyptians or foreigners,” stressing that this incident will not go unnoticed.

And spread on the social networking site “Facebook”, in the last hours, a video clip that monitors the pursuit and harassment of foreign tourists by a number of people in the area of ​​the pyramids and the Sphinx.

The video clip showed the moment when the foreign girls tried to escape while a number of people were exposed to them, and filmed them against their will.

Two tourists appeared in the video clip, in the pyramid area, in a state of great fear and tension, after a large number of boys approached them, to harass them, and they did not leave them and continued to walk behind them despite the attempts of the two tourists to escape from them.

The person who captured the video said: “We want this video to be conveyed to the Minister of Tourism. This place is on the pyramid plateau on Eid al-Fitr. Countries harass foreigners.”

The sources stated that the foreign girls did not write a report on the incident, but the security services moved on their own to examine the circumstances of the accident after watching the video clip, and to take the necessary measures.