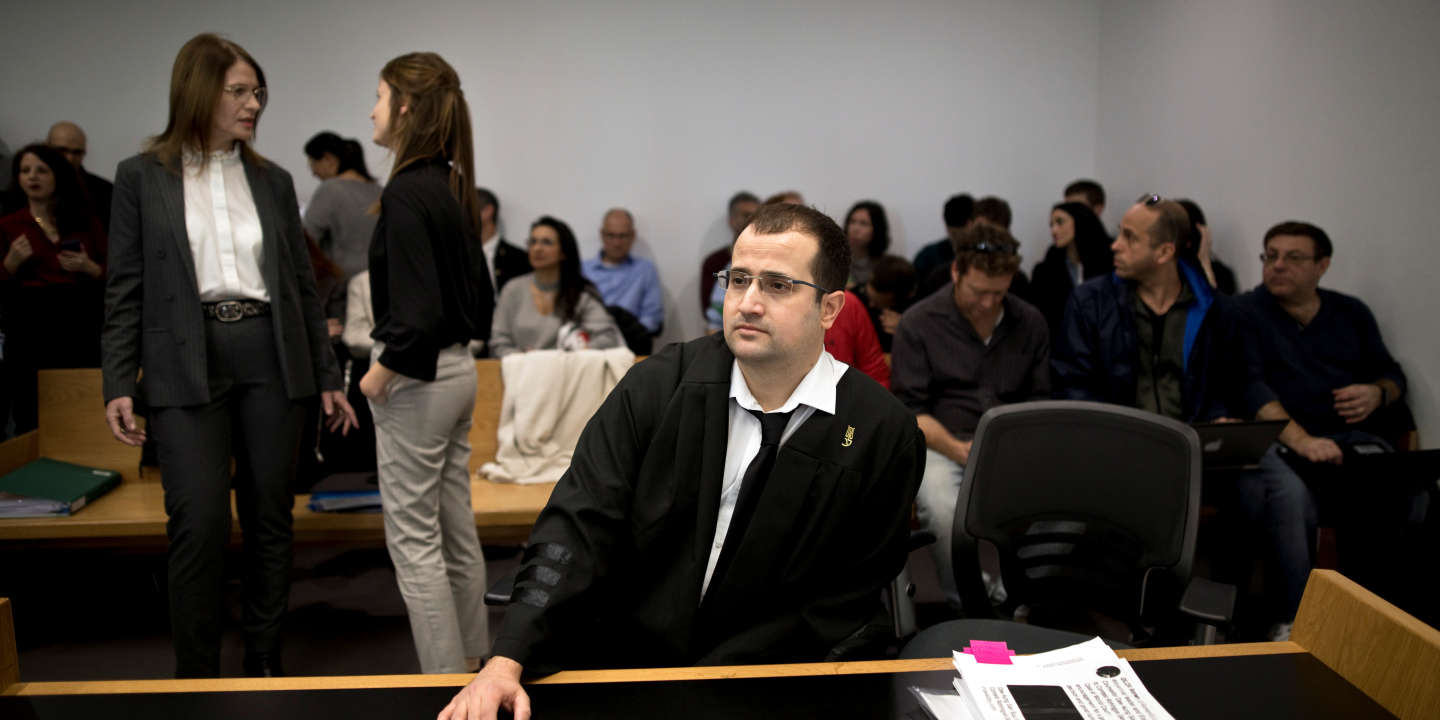 In his cramped office on the seventh floor of a dilapidated commercial tower in central Jerusalem, Eitay Mack hung the famous shot of the Tiananmen protester standing in front of the tanks. As a nod to his own fight: for ten years, the Israeli lawyer has fought, alone, to try to regulate arms exports from his country. “On the legal aspect, I was alone, but I did not lead the campaigns alone”, nuance the activist, who says he is carried by human rights activists all over the world who alert him “And who, them, risk their lives”.

His little eyes light up at the mention of the revelations of “Project Pegasus”: ” It’s fascinating. “ He was one of the first to touch on the violations committed by the NSO group, but was unaware of the scale of the scandal. In 2017, after the first leaks about the use of Israeli technology against journalists, lawyers and opponents in Mexico, along with leftist MP Tamar Zandberg, Mr. Mack attempted to have the export license of the Pegasus software canceled. In vain.

Article reserved for our subscribers Read also After the Pegasus scandal, the discretion of the Israeli government

In 2019, he attacked NSO again with Amnesty International, which claims that one of its employees was monitored with this system. Lawyer then tries to make Israeli society face up to its responsibilities: in newspaper interview Yediot Aharonot, NSO CEO Shalev Hulio claims he can trace all targets monitored by his software and shut down the system. But then again, the Israeli judges slip away and the procedure fails.

“No transparency” on arms sales

“Eitay Mack is a pioneer: he drew attention to sales of weapons and surveillance equipment and created public debate, almost from scratch, Judge Dan Yakir, legal director of the Association for Civil Rights in Israel, which awarded him an award in 2020. Its aim is to hold the defense ministry to account when they say they care about human rights. In practice, these fine statements are hollow. “

According to a newspaper article Haaretz, released in 2017, Israel’s Defense Ministry approved 99.8 percent of the arms export licenses presented to it over the past five years. “There is no transparency, deplores Eitay Mack. Their standards are very low. “ This is the reason why, according to him, Israeli defense technologies are so popular around the world. In 2018, Philippine President Rodrigo Duterte said it bluntly: “There is only one country that we buy weapons from, and that is Israel. (…) The United States is good, but if we buy from them, there are restrictions. The same goes for China and Germany. “

You have 58.63% of this article to read. The rest is for subscribers only.