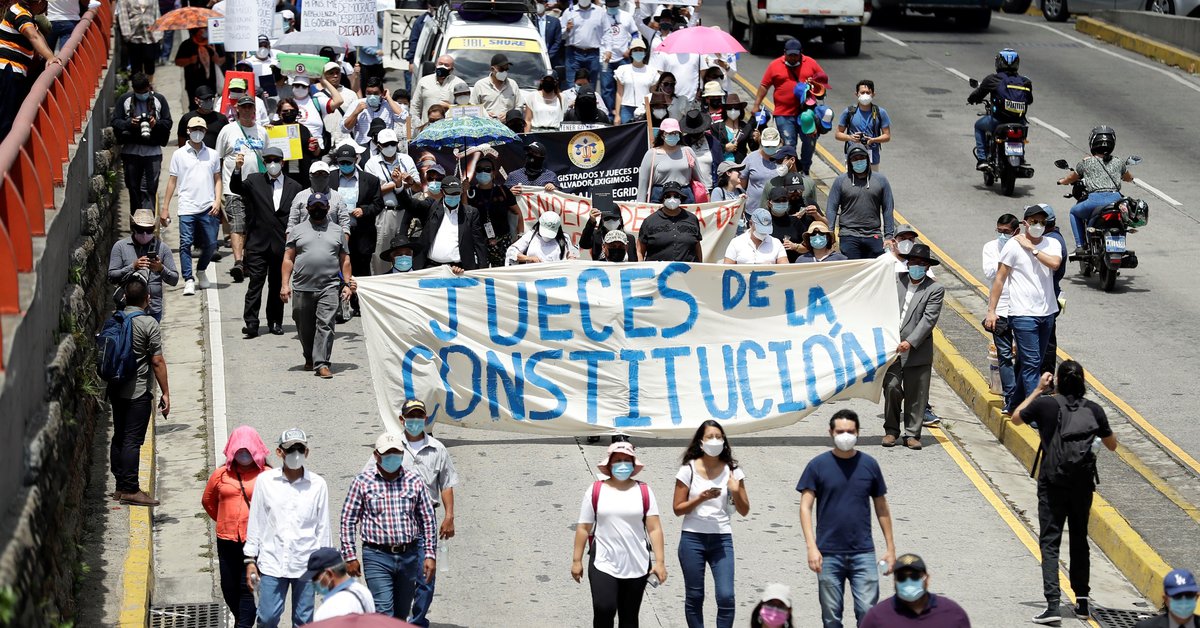 The reform to the Law on the Judicial Career was published in the September 14 edition of the Official Gazette (Photo: EFE)

The Inter-American Court of Human Rights (Inter-American Court) asked the State of El Salvador to provide information on a reform that dismiss the judges in their sixties, including one that is leading the criminal case for the massacre of civilians in the remote town of El Mozote during the civil war (1980-1992).

The Center for Justice and International Law (Cejil) reported this Monday in a press release that The Inter-American Court requested that, no later than next Friday, the Salvadoran State “submit an updated and detailed report in which it refers to the adoption of said reform.”

He pointed out that, before this request, the State requested an extension.

The request for information comes after the organizations Tutela Legal “María Julia Hernández” and Cejil informed the Inter-American Court of the reform that, according to the entities, represents one more obstacle in the investigation, trial and punishment of the massacre committed in 1981.

The President of El Salvador, Nayib Bukele signed and ordered the publication of the controversial reform that ceases judges in their sixties who have already had 30 years of careers.

The reform to The Law on the Judicial Career was published in the September 14 edition of Official diary and it is the last step for the removal of the judges to come into effect and take place.

One of the judges who will be dismissed is Jorge Guzmán, who resolved in November 2020 to certify the Prosecutor’s Office so that investigate and determine if President Bukele committed any crime after blocking judicial inspections of Army archives, in which it was intended to locate information on the military operation that led to the El Mozote massacre in 1981.

The magistrate ordered the reopening of the case for said massacre in September 2016 after the annulment of the amnesty law. In addition, it raised the charges that more than a dozen retired military officers face crimes against humanity.

The deputies of the ruling party New Ideas promoted the reform as a measure to purify the judicial system and fight corruption, but the text of the endorsed decree does not mention the alleged corrupt practices and it only points out that it is to “modernize” the law.

Bukele defended the measure on September 15 during his speech for the bicentennial of Central American independence from Spain and He accused, without presenting evidence, these judges of corrupt practices.

The Inter-American Court requested that, no later than next Friday, the Salvadoran State “send an updated and detailed report in which it refers to the adoption of said reform” (Photo: EFE)

United States, through its charge d’affaires in El Salvador, Jean Manes, he condemned the decision of the Legislative Assembly and warned that the country faces a “decline in democracy” that “damages the bilateral relationship.”

The president criticized the international community on Wednesday for allegedly “Finance” the opposition and defend “corrupt judges”, “terrorists” and “people who vandalize”.

The UN Special Rapporteur on the Independence of Magistrates and Lawyers, Diego Garcia–Sayán, recently called on the international community to take action against the “Dismantling of the judiciary” in El Salvador by President Bukele and the Legislative Assembly.