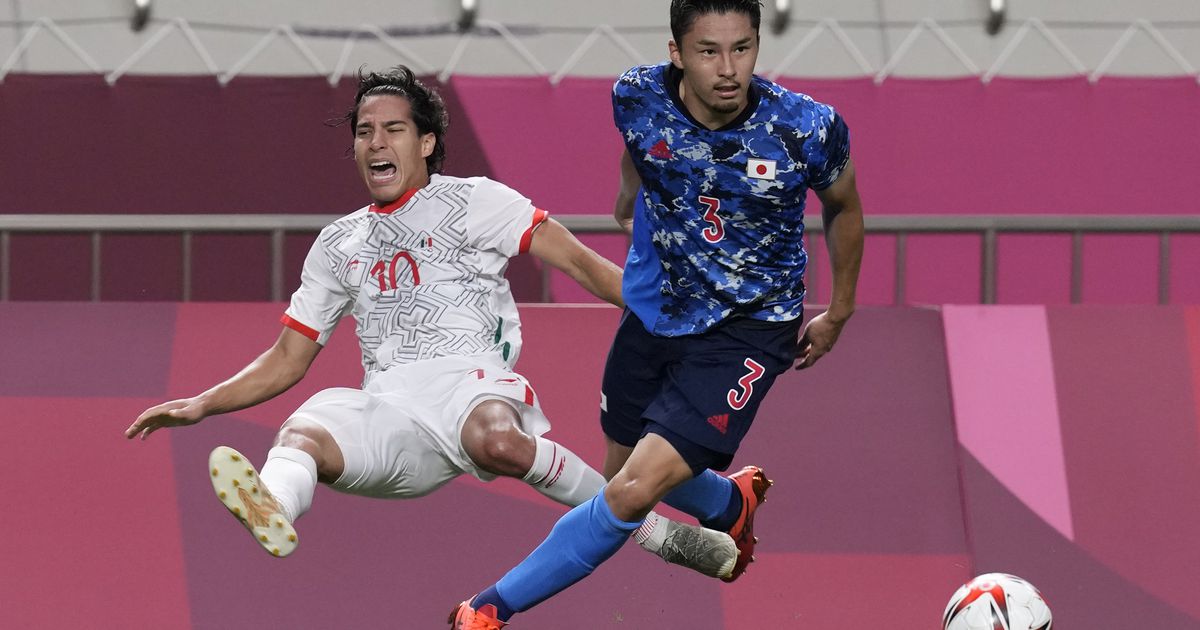 SAITAMA, Japan.- Takefusa Kubo and Ritsu Doan scored goals before the end of the first quarter of an hour and Japan lowered the fumes to Mexico by beating them 2-1 in men’s soccer at the Olympic Games on Sunday.

‘El Tri’ was toned by the resounding 4-1 victory over France on the first date of the tournament. But the process in Saitama quickly became complicated.

Kubo took advantage of a hesitation from the Mexican defense to overtake the hosts in the sixth minute. Doan converted a penalty in the 12th minute.

Roberto Alvarado discounted for Mexico in the 86th minute by converting a free kick from the right wing.

Mexico finished the match with 10 men due to the expulsion of Yohan Vázquez at 67.

Japan was in front of Group A with the ideal of six points. Mexico is second with three points, the same harvest as France, but a worse goal difference. South Africa sits at the bottom without units.

To advance to the next round, Mexico will have to beat the South Africans in their last match of the first phase and hope that France draws or loses with the host.

The team led by Jaime Lozano immediately blurred and got into a hole from which he could no longer get out, although he tried in the first half with shots from Henry Martín and Sebastián Córdova that were deflected.

The Japanese took the lead almost immediately when Erick Aguirre lost a ball and Kubo received a late pass into the box to convert with a powerful shot.

Shortly after, defender César Montes converted his second penalty of the tournament and Doan beat Guillermo Ochoa’s shot to make it 2-0 at halftime.

When the game expired, the ‘Piojo’ Alvarado charged a foul on the right wing that stung in the area and took the Japanese goalkeeper by surprise.

Mexico was close to the equalizer in discounts with a header from Vladimir Loroña that was rejected by goalkeeper Kosei Tani.