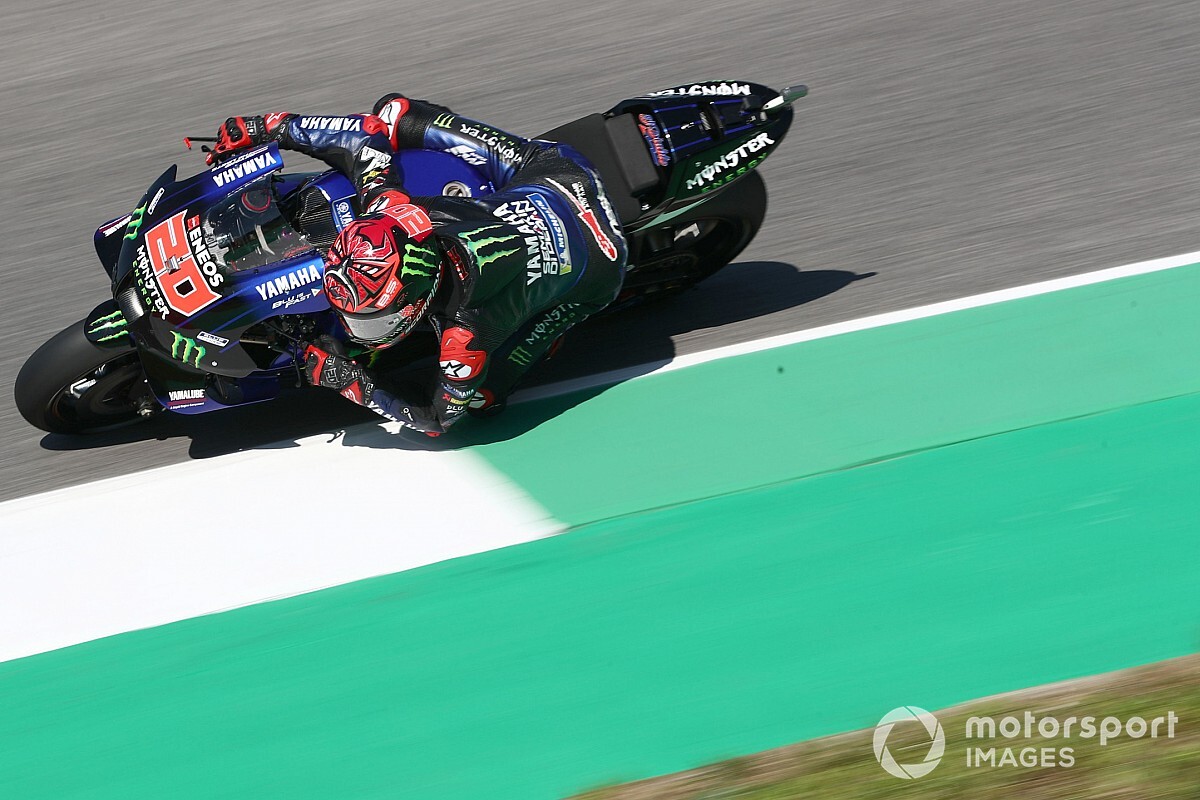 This session started more than half an hour late due to a very serious accident at turn 9 at the end of the Moto3 qualifying session from which Jason Dupasquier was unable to recover. The Swiss pilot was evacuated by helicopter to Florence hospital after a long runway procedure, while Ayumu Sasaki and Jeremy Alcoba, involved in the crash, were not injured.

Despite the immense concern surrounding Jason Dupasquier’s state of health, the MotoGP riders took to the track to prepare for the race, contested at the same time on Sunday, under a cloudy sky, the ambient temperature being 25 ° C and that of asphalt 43 ° C. Fabio Quartararo got into the gravel at turn 4 just after coming out of the pits but it was the Yamaha rider who was in the lead after his first quick lap, with two medium tires, which he could favor in the race.

In the minutes that followed, Quartararo traded first place several times with Miguel Oliveira and then Álex Rins, who were wheel to wheel and each had a tough one up front, but the Frenchman emerged in the lead. After going through the pits, Quartararo continued to set good times, failing 0-020 and then 0-072 from his own benchmark. A new round at a similar level would have been possible without heavy traffic, of which it had been already complained on Friday.

Quartararo’s time was ultimately undefeated. Pecco Bagnaia, track record holder since the morning, climbed back to second at the very end of the session, ahead of Takaaki Nakagami. Rins slipped to fourth position, ahead of Oliveira. Franco Morbidelli confirmed his good pace with sixth place, ahead of Jack Miller, while Joan Mir, Aleix Espargaró and Brad Binder completed the top 10.

Maverick Viñales was satisfied with the 11th performance in this session, ahead of Pol Espargaró. Johann Zarco was also discreet with the 16th time, ahead of Marc Márquez. The latter went through the gravel in San Donato in the first part of the session, but he was able to start again. Valentino Rossi was once again behind and took only 19th place.

After this session, the pilots will go directly to qualifying. Maverick Viñales, Marc Marquez, Aleix Espargaró and Valentino Rossi will be among the candidates for the two remaining places in Q2.