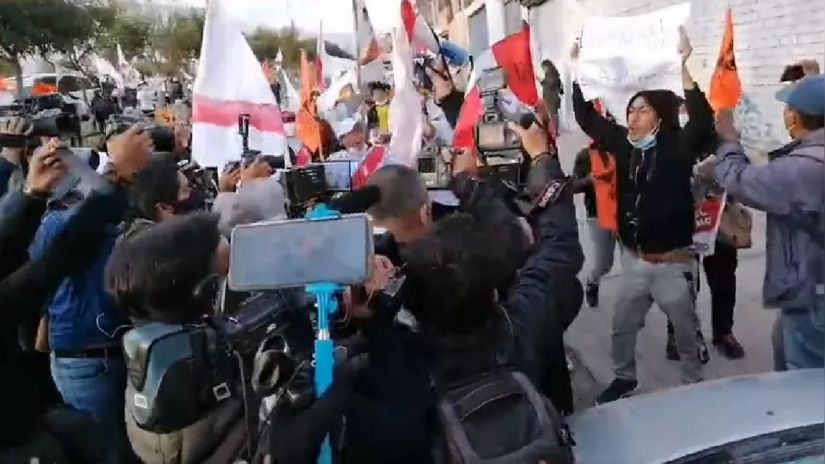 Supporters of Popular Force who were in the reception of their candidate Keiko Fujimori They attacked a young man who will find himself protesting with a sign that read “Fujimori never again.”

This is Diego Tamayo, who was accompanied by his wife and minor daughter and participated in the protest against the orange applicant.

After carrying out the demonstration, two supporters of Popular Force who were wearing the shirt of the Peruvian National Team, beat him and took the poster from him.

A traffic policeman had to intervene so that the young man did not continue to be violated. According to the followers of Keiko Fujimori, Diego Tamayo would have provoked the group.

These events were recorded while another group of people protesting against Keiko Fujimori threw rocks and trash at the caravan that transferred the presidential candidate.

The presidential debate between the candidates for Peru Libre, Pedro Castillo, and for Popular Force, Keiko Fujimori, will take place next Sunday in the city of Arequipa from 7:00 pm

The debate will have six blocks: Peru of the Bicentennial, Health and pandemic management, Economy and promotion of employment, Education, science and innovation, Fight against corruption and public integrity and Human rights, social policies and attention to vulnerable populations.

“Vital Space”: It is proven that people who had coronavirus can be reinfected later. How long does immunity last after the first infection? Dr. Elmer Huerta clarifies the doubt.