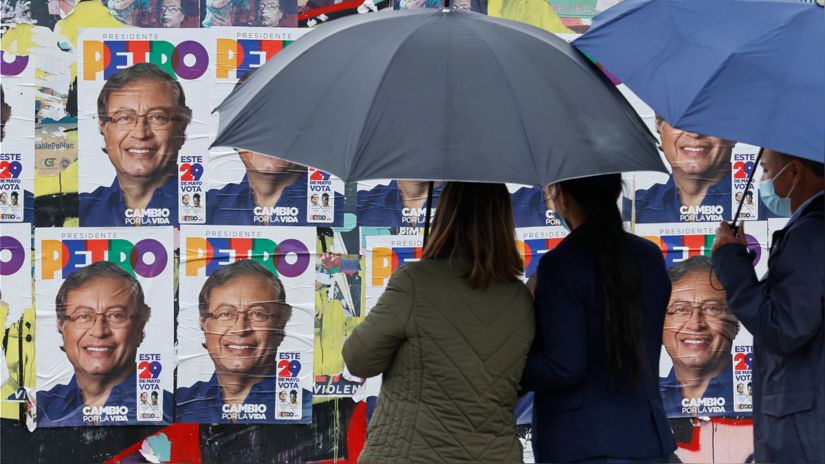 The Peruvian political scientist based in Colombia Walter Olivariin dialogue with RPPpointed out that, despite the electoral favoritism towards the candidacy of the leftist Gustavo Petroit is not yet possible to predict that there will not be a second presidential round, even more so when, in recent days, candidacies such as that of the tycoon Rodolfo Hernandez they have rebounded

“Tomorrow there will be an electoral process that has a favorite who is the candidate Gustavo Petro. But it doesn’t necessarily guarantee the amount needed for a win. since 50% plus one is claimed so that there is no longer a second round […] To the second, who is candidate Gutiérrez, it takes you more or less 20%46% Petro, 26% Gutiérrez,” he said.

In addition, Olivari specified that two other factors that did not allow “ensuring results” are that the right to vote is not mandatory and that Monday the 30th is a national holiday and people prefer to “leave the big cities.”

“The electoral process does not guarantee a massive presence citizenship for two reasons. The first is that voting in Colombia is free. […] The second is that on Monday there is a holiday, therefore, many people, in a not very civically responsible manner, begin to withdraw from the big cities and this would make the vote could have a decrease. Therefore, I would say that the outcome is still, despite one’s favoritism, quite uncertain,” she explained.

Olivari pointed out that, in these elections, the Colombian voter has 3 issues as priorities: poverty and unemployment, the quality of state services, and the political actions of the President Duque, who represents the Colombian right.

“COVID has hurt a fragile population […] who has lost his job and this shows. The sum of poverty […] has increased by 5 million. Second, the issue of services which, as was mentioned in the protests during the pandemic, had been fully privatized. the health service […]educational services and the social prevention or retirement service […] The third, I would say, is the affair of President Duque’s regime, which is described as anodyne. That is, a president who has not been, for many, up to the task of responses to a situation […] as dramatic as COVID […] and that is being charged to the sector that wants the continuity of a regime like Duque’s,” he explained.

In this sense, Olivari considered that the protests against the current president of Colombia “has influenced growth” of Petro, although “it cannot be clarified if this trend is fulfilled in the first round”.

Changes in the political landscape

Olivari considered that the growth of sympathy for the left, increased by citizen protests during the pandemic, marks a change in the Colombian political landscape characterized by the “bipartisanship between conservatives and liberals”.

“Two large party entities are beginning to disappear: the Liberal Party and the Conservative Party, which have had 150 years of a bipartisanship that was almost intact, that has begun to crumble in the last 10, 12 years,” he said.

In addition, he pointed out that he would not describe Petro as someone “of the extreme left”, but rather as a “moderate social democrat”.

“But their proposal was not within the Colombian tradition of two parties, liberal and conservative, where they established the rules and today they are afraid that this will change“, accurate.

On the other hand, the political scientist pointed out that the evangelical sector in Colombia, “very active in politics“, has a certain importance in the electoral scenario but it is not decisive.

“There is a not very numerous but very active presence in politics of evangelical groups, which is not the first time they have participated because they already have several previous conferences, […] but, in the great processes, they basically go far behind and generally accompany a favored candidate but their electoral representation is not very noticeable,” he explained.

In addition, he stressed that his current presence “in the Legislative Power and in the institutions of governments or mayors scattered throughout the country,” has shown positions “sometimes they are very radical” like supporting the bell anti-vaccine during the pandemic.

“They do not disappear on the map due to low participation, but they remain with a quite low level“, he thought about this religious sector.

Champions League – Karim Benzema (Real Madrid): “Luck, you have it once, not every time”

In order to stop Russian gas, Germany is considering a “hard concession”