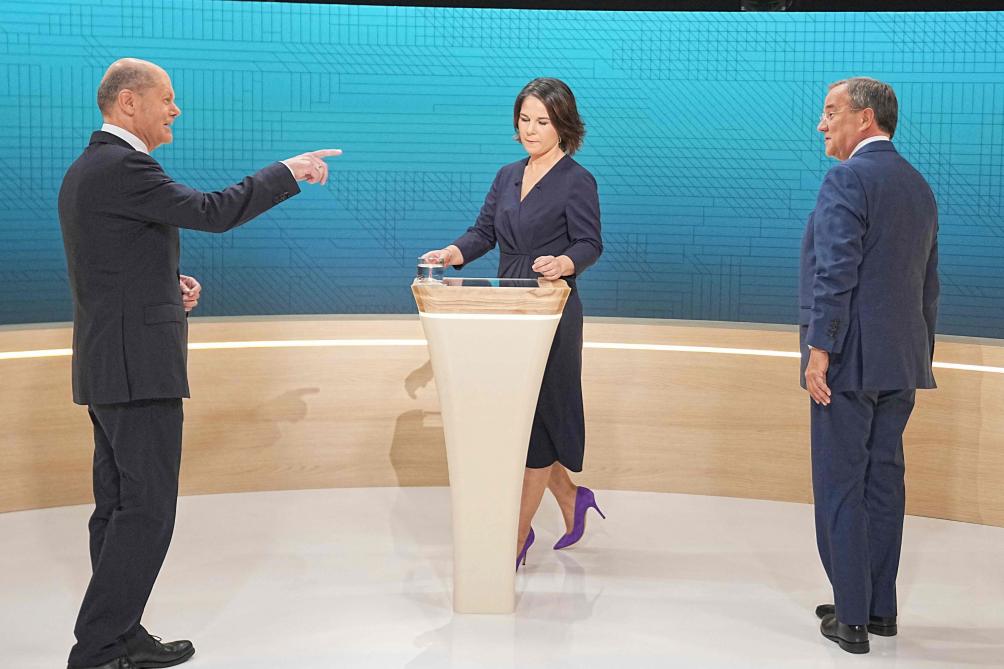 German viewers gave him the highest rating and judged him to be the most trustworthy candidate.

Lhe candidate for the German Chancellery for the Social Democratic Party (SPD) Olaf Scholz won the second televised electoral debate on Sunday evening in view of the September 26 poll, according to listeners.

Armin Laschet, the Christian Democratic Party (CDU) candidate for outgoing Chancellor Angela Merkel, was seen as somewhat less reliable by viewers who followed the debate on ARD. At the start of the debate, he mainly tried to attack his rival. The rest, however, was more focused on his electoral program. Environmentalist Annalena Baerbock was also perceived to be better than Mr. Laschet.

Mr Scholz had already emerged victorious last week from a debate between the three main candidates. He was already leading the polls, but last week he widened the gap against Mr. Laschet.

The candidate can count on the support of 26% of voters, against 20% for Mr. Laschet and 15% for Ms. Baerbock.

Candidates Baerbock and Scholz have already made it known that they are in favor of a coalition between their two parties.

During the debate, “Das Triell”, Mr Laschet mainly targeted Mr Scholz, which allowed Ms Baerbock to debate more calmly, which also made her perceived as more sympathetic by the public. Mr. Laschet was deemed the friendly month of the three candidates.