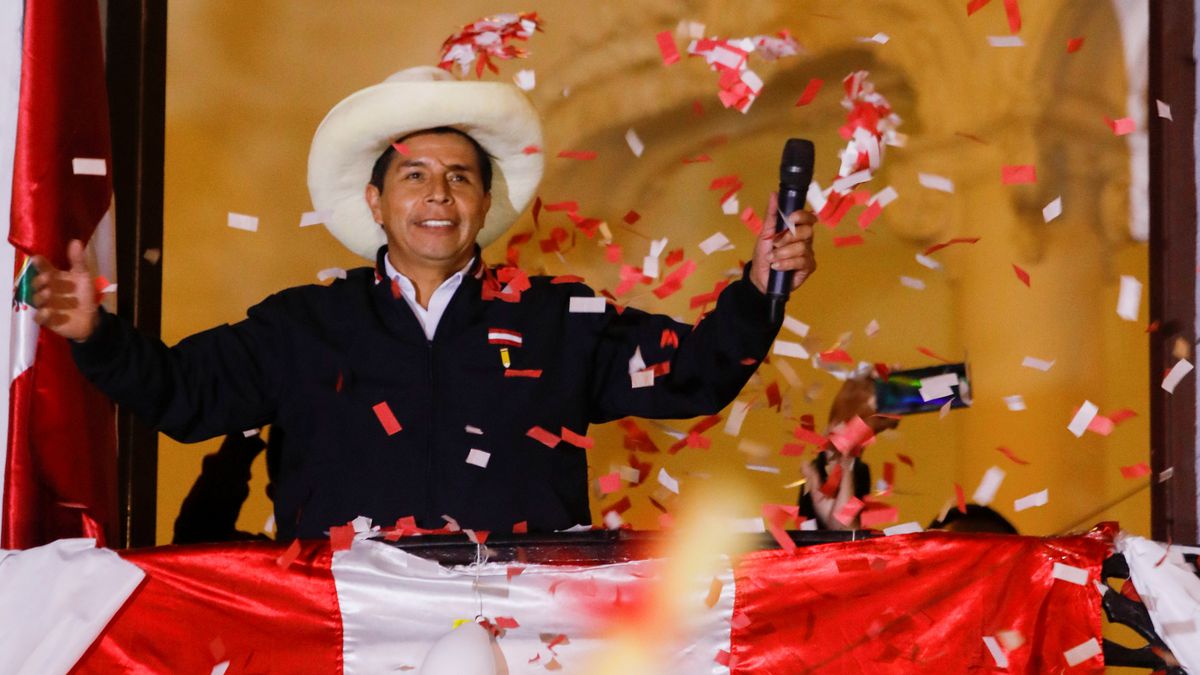 Pedro Castillo, candidate of Peru Libre, has declared himself the winner of the Peruvian presidential elections before the end of the vote count. “We will be a government that respects democracy, the current Constitution and we will create a government with financial and economic stability,” Castillo said on Tuesday night in Lima. The conservative candidate, Keiko Fujimori, he denounced on Monday a “systematic fraud” in the second electoral round, and explained that his party found a “series of irregularities” in the vote, without giving details. Castillo leads Fujimori by 71,700 votes with 98.3% counted, according to data from the official count released by the National Office of Electoral Processes (ONPE). The last update of the ONPE gives 50.2% of the votes to the rural teacher, for 49.8% of the conservative candidate.

Follow live the details of the election with EL PAÍS: