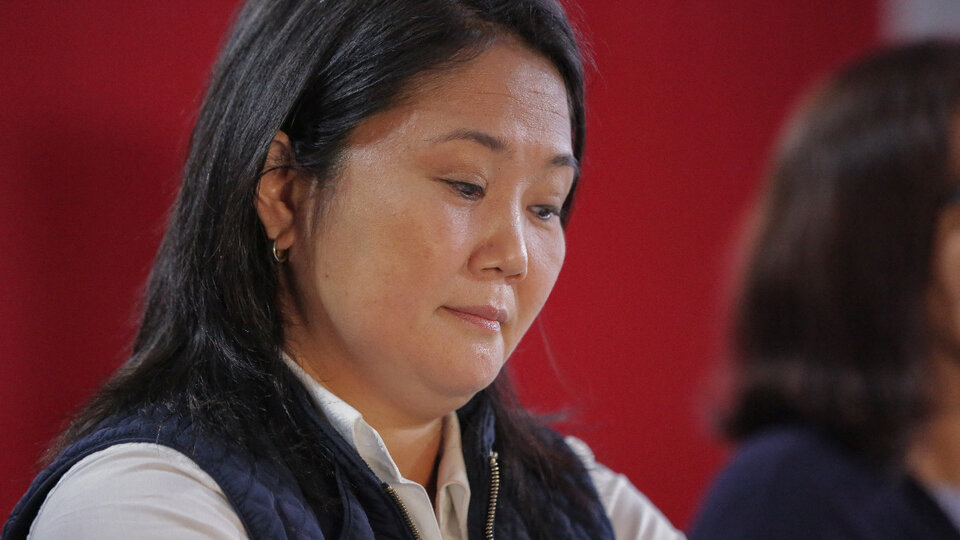 While the vote count continues to distance her from the possibility of reaching the Presidency of Peru, Keiko Fujimori received other bad news: the Anticorruption Prosecutor’s Office of that country asked that his conditional freedom be revoked of which he enjoys and that he is imposed preventive detention.

The request was presented by the head of that national body and member of the Lava Jato special team, the prosecutor José Domingo Pérez, at a time when the ultra-right candidate is fighting vote by vote with Pedro Castillo.

Fujimori is accused of the crime of money laundering and the anti-corruption prosecutor maintains that she has been violating the rules imposed by a higher court, in the resolution that ordered her release in 2020.

One of these breaches is having communicated with witnesses linked to a case that has her as the protagonist of alleged illegal contributions to her 2011 and 2016 campaigns.

“Defendant Fujimori Higuchi has again been found to be in breach of the restriction not to communicate with witnesses; therefore, it has been noted as a public and notorious fact that he is communicating with the witness Miguel Torres Morales “, reads the request published by the Lima daily El Comercio.

The fact that the prosecutor denounces occurred at a press conference that took place last night, where the candidate presented Torres Morales as a lawyer and political spokesperson for Fuerza Popular, since he had been offered as a witness in the prosecution.

Minutes after submitting the pre-sentive prison order against the canidata, Torres Morales denied being a witness to that case. Immediately afterwards, the prosecutor Pérez specified that the man had declared as such Before his office, on September 3, 2020. Giulliana Loza, Keiko Fujimori’s lawyer, also participated in this procedure.

The requirement includes screenshots of the press conference in which the presidential candidate is seen along with Miguel Torres giving account of the presentation before the electoral authorities so that some 200 thousand votes already admitted in the official scrutiny of the presidential ballot are declared invalid.

The official count updated at 11 a.m. (Argentine time) indicates that, when 99.136 percent of the electoral records are counted, Castillo, from Peru Libre, gathers 50,204 percent of the valid votes and Fujimori reaches 49,796.