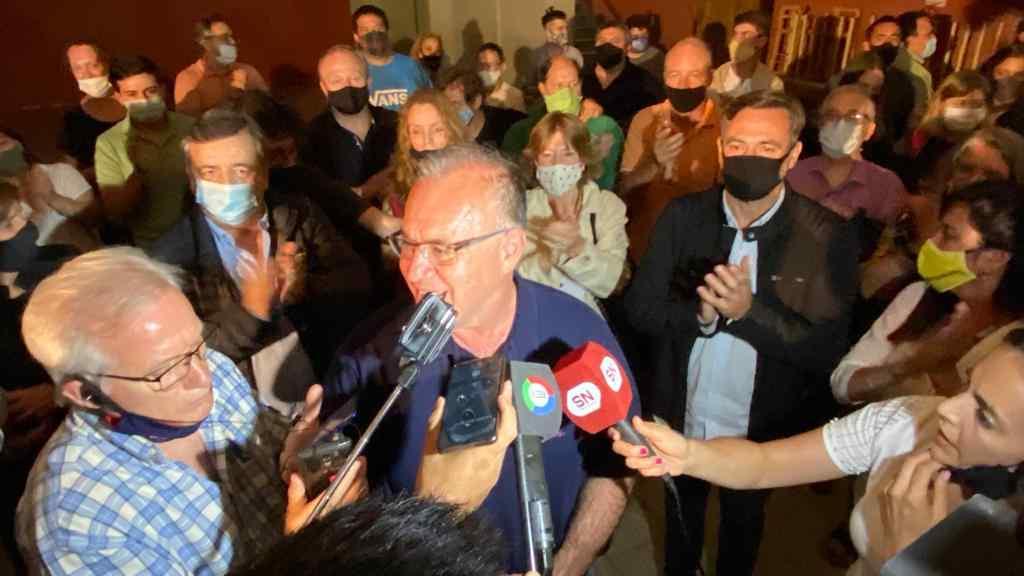 With 70% of the polls scrutinized for the elections in Río Cuarto, the current Juan Manuel Llamosas prevails with 41.89% of the votes. Second march Gabriel Abrile. That of Juntos por Río Cuarto adds up to 34.30%.

The difference is almost 8 points and it is unaccounted for.

It was Abrile himself who recognized Llamosas’s victory. “The people voted and chose. You have to respect what the people decide,” he said.

“I congratulate Llamosas, he made a great choice,” said the candidate of Juntos por Río Cuarto.

Abrile acknowledged that many more people expected in the election. “We expected much more participation, but it did not happen,” he acknowledged. “It happened for two reasons: the pandemic and people’s weariness with politics.”

With this victory, Llamosas became the first Peronist mayor to win reelection.

Minutes after the recognition by Abrile was known, Governor Juan Schiaretti congratulated Llamosas for the victory.

He did it from his Twitter account, from where he dedicated words of thanks to the people for having participated in the election act.

The elections took place normally from 8 a.m. and under biosecurity protocols to avoid crowds due to the context of the coronavirus pandemic.

The outstanding fact is that participation was very low: would not have reached 50% (Approximately it would be about 66,000 Rio Cuartenses went to the polls).

In the previous election, the turnout was 73%.

In Río Cuarto it was voted under strict protocol to avoid contagion of Covid-19. It was the first pandemic vote in a large city in the entire country.

Both from the PJ, and in Together for Change (Together for Río Cuarto) it is expected the presence of figures at the provincial and national level.

In the Llamosas bunker, for example, it is said that he will receive a visit from the Chief of the Nation’s Cabinet, Santiago Cafiero.

Cafiero would be accompanied by Wado de Pedro, Minister of the Interior.

Governor Schiaretti would not attend Río Cuarto, but the vice, Manuel Calvo, will.

On the side of Abrile, there were Patricia Bullrich, president of the PRO in the country; together with the national deputy Mario Negri, and the former mayor of Córdoba, Ramón Mestre.