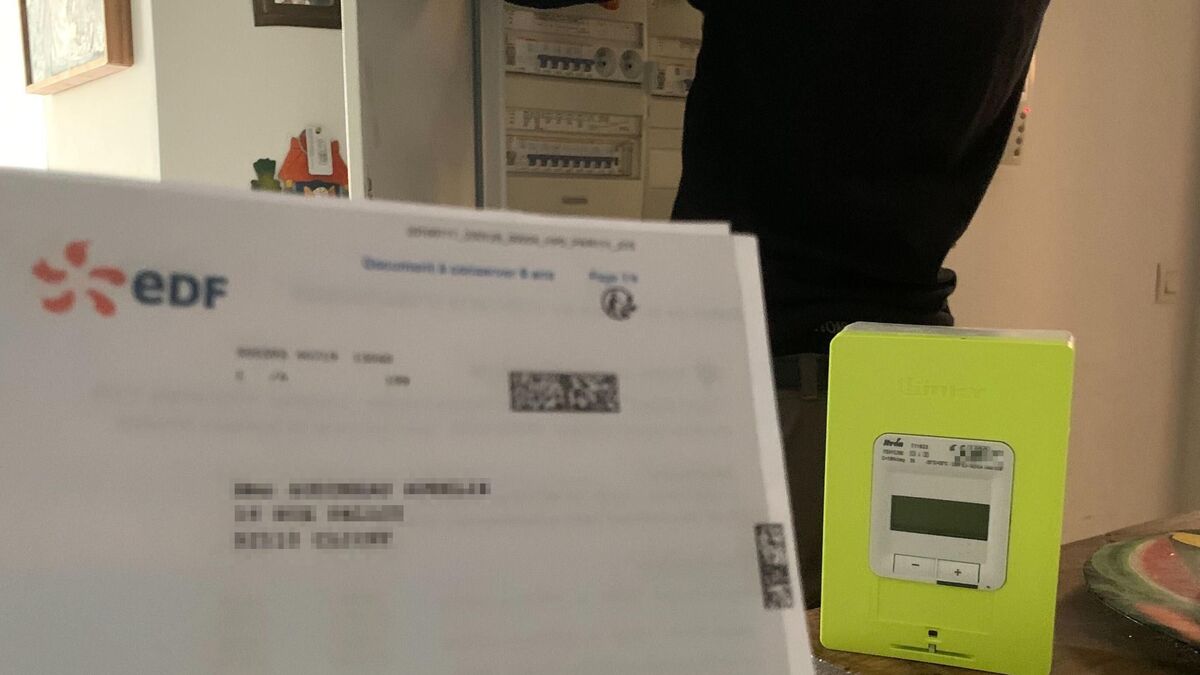 Take out the checkbook! With more than 90% of households now equipped, the time has come to settle the bill for the deployment of Linky, the famous apple-green communicating meter. Its amount? 5.7 billion euros, according to calculations by the Court of Auditors, or 130 € per case, manufacturing and installation included, to which additional costs must be added. An amount that will have to start repaying from 2022.

In September 2011, when the site was launched, Eric Besson, then Minister of Industry and Energy, did not hesitate to tell our newspaper that the new Linky meter would not cost “individuals a cent”. . That same year, however, its teams were already working with those of EDF (in which the State was then an 83.68% shareholder) to develop an advantageous financial package. Three years later, this is detailed in a deliberation by the Energy Regulatory Commission (CRE) of July 17, 2014, before being further analyzed by the Court of Auditors in its annual public report in 2018. The wise men of rue Cambon then judge the conditions of the operation to be “advantageous for Enedis”, with “financing provided by the users”. All is said !

A capital gain of half a billion euros for Enedis

Admittedly, Enedis bears most of the cost (5.39 billion euros). 10% taken from its own funds, and the rest in the form of a loan from the European Investment Bank (EIB) at an extremely advantageous rate: 0.77%. But the sleight of hand lies in the fact that it is not the company that will reimburse the sum strictly speaking, but the consumer, in particular through a mechanism called “deferred tariff” which makes it possible to postpone the reimbursement of a few years. It is he who will come into action next year, at the rate of several hundreds of millions of euros taken each year from the bill, for a total of 2 billion euros in 2030. The icing on the cake, the rate of interest applied to the repayment will not be at all the same as the generous rate of the EIB, as the Court of Auditors points out in its report, but 4.6%. The operation is therefore juicy for Enedis, with in fine a margin of 2.8%, or half a billion euros in additional interest, again paid by consumers.

There is still this hole in the racket of 3.7 billion euros. Is it the individual who will still have to put his hand in his pocket by suffering price increases? “As with the deferral, this will be offset by the savings generated by the meter,” retorts Enedis. With readings now carried out remotely, for example. “What the group earns a billion euros in operating expenses over the next four years.

But will these savings also benefit consumers? That’s the whole point. “They could have a positive impact on the tariff for using the network,” estimates Anne-Sophie Dessillons, deputy director of networks at CRE. Certainly it will not decrease, but perhaps it will increase a little slower than if Linky had not been deployed. “

Enedis also puts forward another argument: by providing finer data, in real time, the meter also allows consumers to better control their consumption. “It is possible, but we still lack studies sufficiently solid to affirm it”, nuance however Anne-Sophie Dessillons. “If the gains promised by this new device are not at the rendezvous, we must not kid ourselves, says a source close to the matter. It is the consumer and no one else who will pay the difference. He can already prepare to take out up to fifteen euros extra on his annual bill for the next seven or eight years. “

“The meter will only benefit the distributor”

Consumer associations are therefore on a war footing. “The economic balance does indeed seem far from being guaranteed for the consumer”, regrets François Carlier, general delegate of the CLCV (Consumption, housing and living environment). UFC-What to choose has its side published a petition in 2018. “Everyone had to be a winner in this story,” recalls Jean-Luc Dupont, vice-president and spokesperson for the FNCCR (National Federation of licensing authorities and state-owned companies). However, it seems that the meter will only benefit the distributor. In which case the consumer is not intended to finance it. “