The American company located in Bouskoura in the Casablanca region, STMicroelctronics, started manufacturing the main transmitter for Tesla machines a few weeks ago, after having reached an agreement with the parent company in the United States, Tesla Motors.

The famous Tesla automobile brand of billionaire Elon Musk, partly made in Morocco. Indeed, a factory in the outskirts of Casablanca has just won a contract to build and supply auto parts to Tesla. The American electric car brand has therefore chosen the kingdom to do “sourcing”, which will certainly strengthen the country’s position on the radar of international manufacturers. In detail, the American company located in Bouskoura in the Casablanca region, STMicroelctronics, started manufacturing the main transmitter for Tesla machines a few weeks ago, after having reached an agreement with the parent company in the United States, Tesla Motors. This is certainly a first step, but the essential thing for the Kingdom is to position itself on the emerging market for electric cars on a global scale.

All car manufacturers and brands are starting to branch out into the manufacture and marketing of fully electric cars with hybrid engines. Some manufacturers even plan to produce only so-called clean cars in the medium term. In this sense, Tesla Motors is a pioneer. His models are selling like hot cakes not only in North American markets but also not far from home in Europe. The latest statistics place Tesla among the top three in terms of electric car sales in France. With more than 8,000 units registered in the first five months of the year, the Californian sedan is at the top of electric car sales in France. Moreover, the Tesla Model 3 returns to the top of the annual ranking after an excellent month of May and the entry into circulation of 2,111 copies.

While waiting for Dacia and e208

Tesla’s arrival in Morocco for a contract to manufacture parts for its models will encourage the country to think bigger when it comes to building electric cars. Brands present in Morocco like Dacia or Peugeot could be next on the list. As a reminder, Renault’s economy brand has started selling its first 100% electric car. Dacia Spring is considered to be the most affordable electric car on the market, but at the moment this model is made only in China. It should be noted that the brand of Romanian origin manufactures the majority of its other heat engine models in Morocco in production lines based in Tangier and Casablanca. The other car manufacturer in Morocco, Peugeot, is also relying on the electric versions of its 208. On this level too, the Kenitra plant only manufactures for the moment only the model with a thermal engine while the electric e208 is manufactured. exclusively in a production unit of the feline brand based in Slovakia. In the near future, nothing will prevent the two brands from releasing electric cars from their respective production lines in Morocco, which remains equipped with all the necessary infrastructures and possible advantages to reduce costs for the competitiveness of the two brands, particularly in Europe. 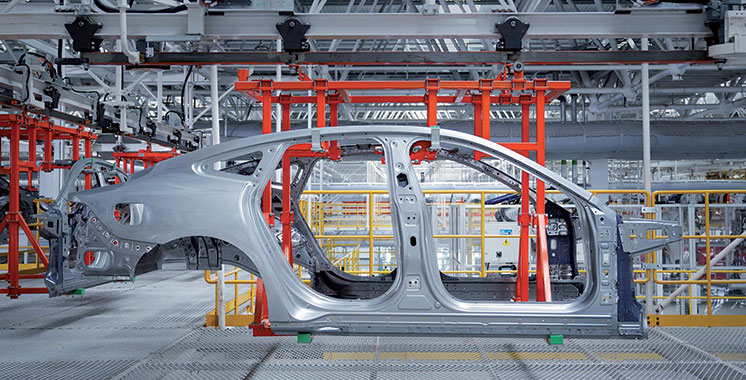 The automotive industry has experienced significant momentum in recent years. It is one of the sectors that rebounded very quickly despite the effects of the health crisis. In any case, this is what emerges from official statistics. In fact, the automobile sector tops the list of sectors in which exports to foreign countries behave the best. Shipments in the sector strengthened by 62.6%, reaching a figure of 29.52 billion dirhams, an additional 11.36 billion dirhams year-on-year.

According to data from the Foreign Exchange Office, this development is explained by the increase in sales of the construction segment (+ 71.9%) and those of the cabling segment (+ 50.4%). According to the same source, these exports are higher than those made during the same period in 2019 and therefore the period before the health crisis. Good health which thus reflects the recovery of the sector. 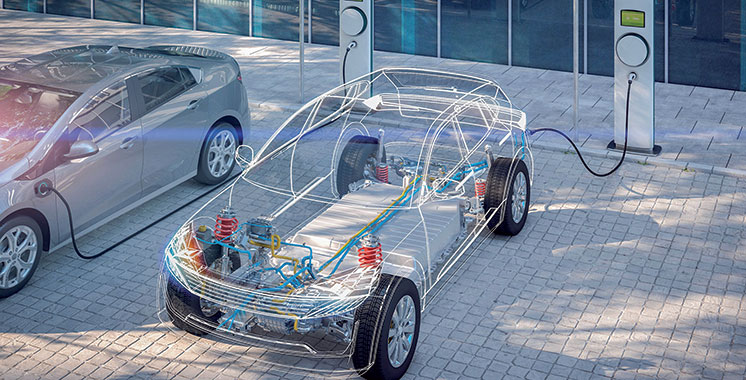 The Kingdom has been seeking for years to become a producer of electric cars. To do this, the country has already taken incentive measures. The government had set a target of reserving 30% of the state’s car fleet for the next three years for hybrid and electric cars.

It is also a question of favoring vehicles that are more respectful of the environment by drawing inspiration from European standards in this area, in particular the euro standard. According to our information, cars intended to replace obsolete public administration vehicles will have to comply with a maximum CO2 emission of 120g / km.

In addition, the country had decided in 2017 to exempt owners of hybrid or electric cars from paying the sticker. A measure which also concerns the luxury tax for high-end cars with electric or hybrid engines.