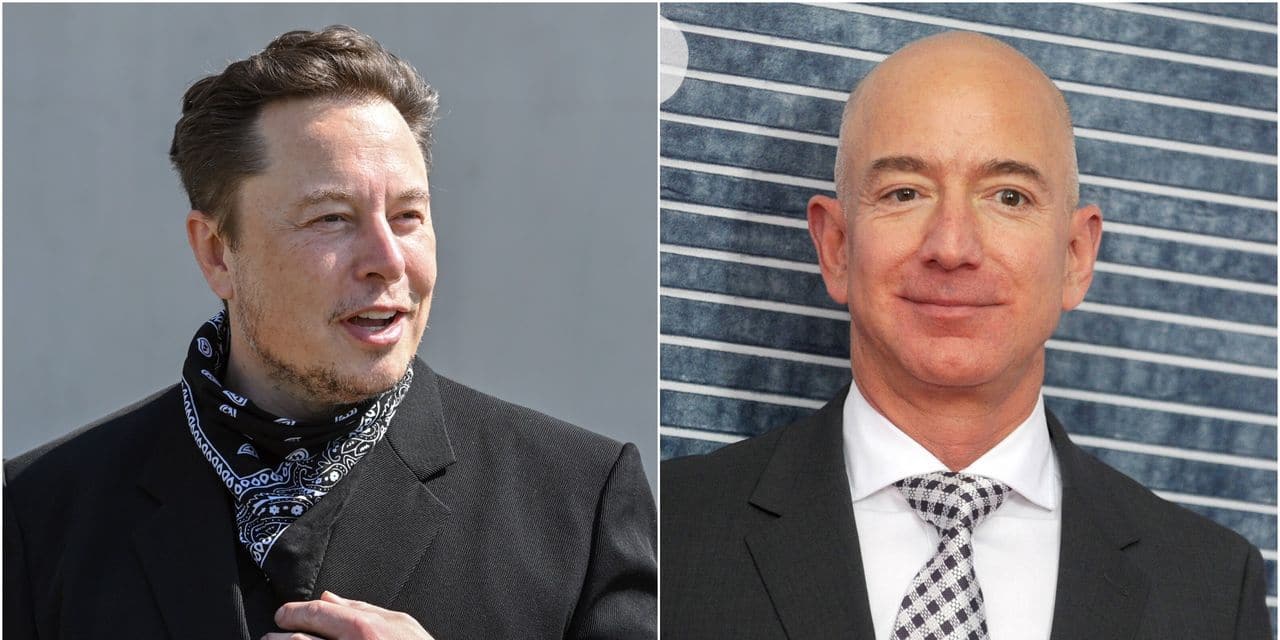 As the gap between the two richest men in the world widened a bit, Elons Musk, founder of Tesla and SpaceX, couldn’t help but strike a blow at Jeff Bezos, founder of Amazon and by Blue Origin. On Twitter, Musk responded to a post from Bezos with a silver medal.

Mr Musk saw his fortune increase by some $ 9 billion on Friday, after an investor transaction valued his space company SpaceX at over $ 100 billion, more than four times more than rival Blue Origin . According to the financial news agency Bloomberg’s Billionaires Index, Mr. Musk now has a fortune of $ 222 billion, about three-quarters of which comes from electric car maker Tesla. Bezos meanwhile has $ 190.8 billion behind his name.

On Monday, Mr Bezos posted on Twitter the image of a negative news article from 1999 about his internet conglomerate Amazon. “Listen and be open, but don’t let anyone tell you who you are”, he commented. “Today, Amazon is one of the most successful companies in the world, having revolutionized two completely different industries.” And to that message, Musk simply responded with an emoji representing … a silver medal.

With this spike, Musk adds to the public feud between the billionaires, who both want to radically change the space industry. Blue Origin is currently contesting a US government contract with SpaceX to develop technology to return people to the moon and has also accused Musk and his companies of breaking the rules of the game, while Bezos has previously been accused by Musk of ‘be a “copier” when it comes to your space business.