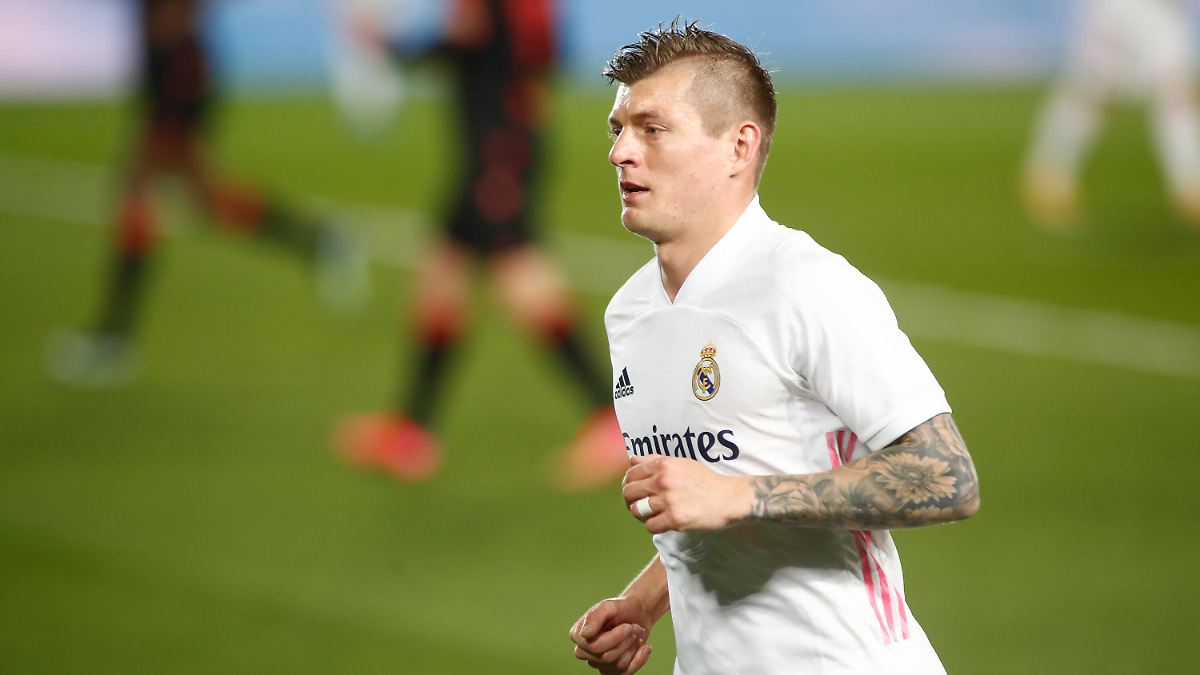 Next shock for Löw: Kroos has Corona

Bitter news so shortly before the EM: Real Madrid’s international Toni Kroos has tested positive for the corona virus. The 31-year-old has been in quarantine since Friday because one of his contacts was infected with Corona.

National player Toni Kroos from the Spanish soccer champion Real Madrid has been infected with the corona virus. According to the royal, a test of the 31-year-old was positive. This means that Kroos is missing from the traditional club in the season finale, and the 2014 world champion threatens to miss the start of preparations for the European Championship with the national team on May 28th. It is the second bad news in one day for national coach Joachim Löw. Previously, he had to cope with the fact that Marc-André ter Stegen from FC Barcelona missed the coach’s final tournament because of another operation.

Kroos had been in isolation since Friday due to direct contact with a person who tested positive for the coronavirus. How long it will be out is open. In the meantime, his club did not disclose who the contact person is. Real have only theoretical chances of successfully defending their title in La Liga. Before the last matchday, city rivals Atletico lead the table with 83 points ahead of Real (81). The last matchday will take place on Saturday. In the event of a tie, the direct comparison that Real has won counts.

National coach Joachim Löw will nominate his 26-man EM squad on Wednesday (12.30 p.m.). Kroos has secured his place for the pan-European championship. He is set in the central midfield. Presumably on the side of Bayern Munich’s driver Joshua Kimmich and playmaker İlkay Gündoğan from Manchester City. The training camp of the selection of the German Football Association (DFB) in Seefeld begins nine days later.