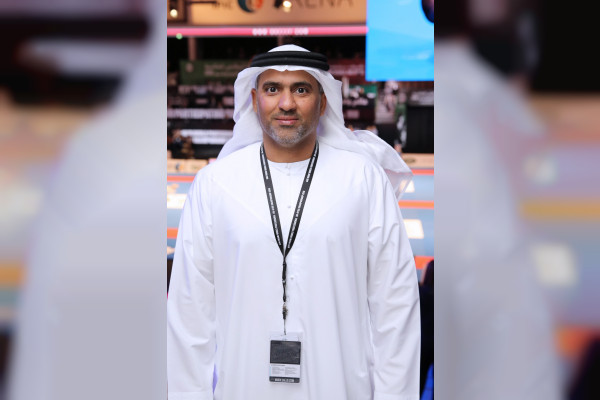 ABU DHABI, May 30th / WAM / The capital of the United Arab Emirates, Abu Dhabi, is entering a new stage with martial arts competitions in the country and the Middle East, following the inclusion of mixed martial arts with the Emirates Jiu-Jitsu Federation, thus becoming under the name “Emirates Jiu-Jitsu Federation and Mixed Martial Arts”, in an important step aimed Consolidating Abu Dhabi’s position as a global home for martial arts.

The federation formed a committee to undertake the work of developing a variety of martial arts sports and enhancing its presence and values ​​in the long term at the local and international levels.

The Federation’s Board of Directors, headed by His Excellency Abdel Moneim Al Sayed Al Hashemi, President of the Asian and UAE Federations, approved the First Vice President of the International Jiu-Jitsu Federation during its last meeting, in the presence of H. Mohammed bin Dalmouj Al Dhaheri and Mansour Mohammed Al Dhaheri in addition to Fahd Ali Al Shamsi, Secretary General of the Federation, the formation of the Mixed Martial Arts Committee headed by His Excellency Brigadier General Mohammed bin Dalmouj Al Dhaheri and the membership of Omidion Mavlyanov, the famous mixed martial arts trainer, Fuad Darwish, CEO of Palms Sports Company, and Mubarak Saleh Al Menhali , Director of the Technical Department of the Emirates Jiu-Jitsu Federation, with the selection of Mohammed Jassim Al Hosani as Secretary-General of the Committee.

The committee will enhance the presence of mixed martial arts by taking advantage of the growing popularity of the game in the region.. It will work under the umbrella of the Federation to develop appropriate policies to advance this sport, in cooperation with various stakeholders and partners, to build a strong generation of outstanding athletes in this field locally and internationally.

Commenting on this topic, Brigadier General Mohammed bin Dalmouj Al Dhaheri said: “Mixed martial arts is one of the fastest growing sports in the world and its increasing popularity in the country and the region plays a major role in promoting this growth.. Given the position of Jiu-Jitsu as a national sport in the UAE, as well as Its wide fame as one of the pillars of mixed martial arts, it was necessary to combine these two sports disciplines under the umbrella of one federation.. We are proud of what we have accomplished in the Emirates Jiu-Jitsu Federation, and we are confident in the ability of the Emirates Jiu-Jitsu Federation and Mixed Martial Arts to advance these sports to high levels at the local levels and international.”

Al Dhaheri added: “We are fortunate with the great support provided by our wise leadership, which will push the Federation to continue introducing jiu-jitsu and mixed martial arts as two ways to enhance the values ​​of discipline, endurance, respect, and adopting healthy lifestyles.”

For his part, Mavlyanov commented on the inclusion of mixed martial arts under the umbrella of the UAE Jiu-Jitsu and Martial Arts Federation and said: “The UAE possesses all the ingredients that qualify it to manufacture world-class competencies in mixed martial arts, able to participate in regional and international competitions… With regard to mixed martial arts. We will follow the same approach followed by the jiu-jitsu players in the UAE, especially as they have achieved global successes and achievements, by providing the ideal environment for them to train and develop skills.

He expected that there will be a promising future for mixed martial arts to continue working to strengthen the country’s position in these growing sports in popularity and spread.