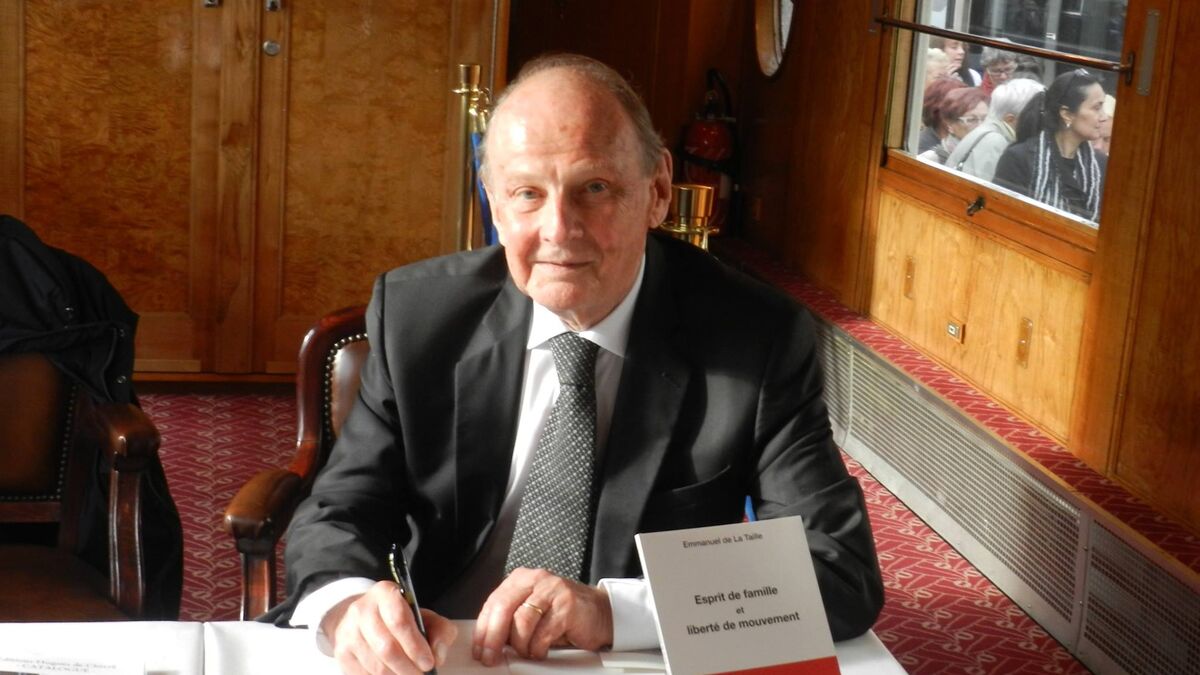 He was the first to popularize the economy on the small screen, years before Emmanuel Chain or François Lenglet. Journalist Emmanuel de La Taille died on Wednesday in a road accident in the Champs-Élysées sector in Paris (8th arrondissement). According to our information, the 89-year-old man was hit by a truck and succumbed to his injuries.

Born in 1932 in Casablanca (Morocco), this descendant of the author Jean de La Taille began his career in the 1960s. First at AFP, where he became correspondent for European affairs in Brussels, then, in 1965, on the small screen. One year after the creation of the ORTF, he was appointed head of the foreign service and very regularly intervenes in the information meetings of the only channel existing at the time. Then it was on TF 1 that Emmanuel de La Taille saw his popularity climb. He officiated there in several positions and found himself for a time in charge of the economy department of the front page.

With the help of François de Closets, in 1978 he set up the first economic television magazine intended for the general public. Its name: “The stake”. For ten years, every month in the second part of the evening, the two men, accompanied by journalist Alain Weiller, are interested in a complex subject with the desire to popularize it. On the program: focus on entrepreneurial successes, portraits of bosses or advice for embarking on the business adventure. The public adheres, with three million viewers at the rendezvous. In 1988, however, a year after the privatization of TF 1, “l’Enjeu” stops to make way for the “Club de l’Enjeu”, a weekly version scheduled later, in the third part of the evening and which will stop. , it, in 1993. A final version, “The international stake”, will then be proposed on TV5 Monde between 1994 and 1998.

At the same time, Emmanuel de La Taille launched the Press Club de France in 1986, an association of journalists, of which he remained honorary president. Since then, the media man has attempted several adventures, whether it is a web-TV in the early 2000s and then a podcast test a few years later. He also published three books between 2012 and 2020, including the last, “1940-2020: From wars to crises, a French journey” where he evoked his memories and reviewed his perception of contemporary information.