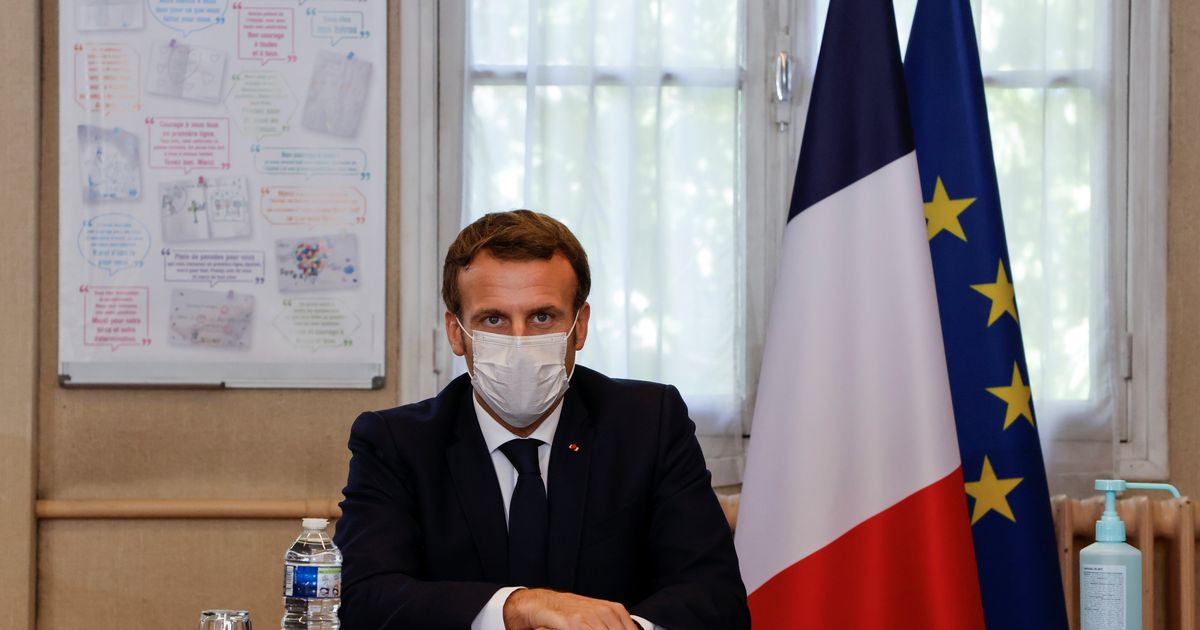 Emmanuel Macron has made his decision: the French President announced Wednesday at 8:00 p.m. a reconfinement of the entire territory from Friday until December 1. This confinement will however be adapted, the schools remaining open this time.

“I decided that it was necessary to find from Friday, the confinement which stopped the virus. The whole national territory is concerned”, declared the head of state during a televised speech.

France would risk knowing “at least 400,000 additional deaths” within a few months if nothing is done about the Covid-19 epidemic in the idea of ​​seeking collective immunity, Emmanuel said on Wednesday Macron.

“France will never adopt this strategy” which would mean “sorting between patients”, added the Head of State during his televised address.

Emmanuel Macron announced Wednesday evening that all schools in France would remain open during the new period of confinement decreed from Thursday midnight.

“Our children cannot be deprived of education for a long time (…) nurseries, schools, colleges and high schools will therefore remain open with reinforced health protocols”, declared the Head of State during a speech televised, specifying that “online courses” will be privileged “wherever possible” in universities.

However, bars, restaurants and “non-essential shops” will have to close.

The economy must neither stop nor collapse, “the French president stressed on Wednesday.” The activity will continue with more intensity, which means that the counters of public services will remain open, factories, farms, buildings and public works will continue to function, “he detailed.

The work “can continue” during the confinement, “you can go out to work,” he said. But “wherever possible, telework will again be generalized,” he continued.

See Also:  The Swiss who laundered money for the Chavista oligarchy and is a key witness against Maduro's children

Alarming projections from the Institut Pasteur, updated on Monday and according to which 98% of ordinary resuscitation beds would be occupied on November 6 by Covid patients, fed the Defense Councils which took place on Tuesday and Wednesday morning, according to Les Echos.

On Wednesday, the Head of State “opened the Council of Ministers by insisting on the massive, general and largely unexpected degradation that Europe has been experiencing for several days,” reported spokesman Gabriel Attal.