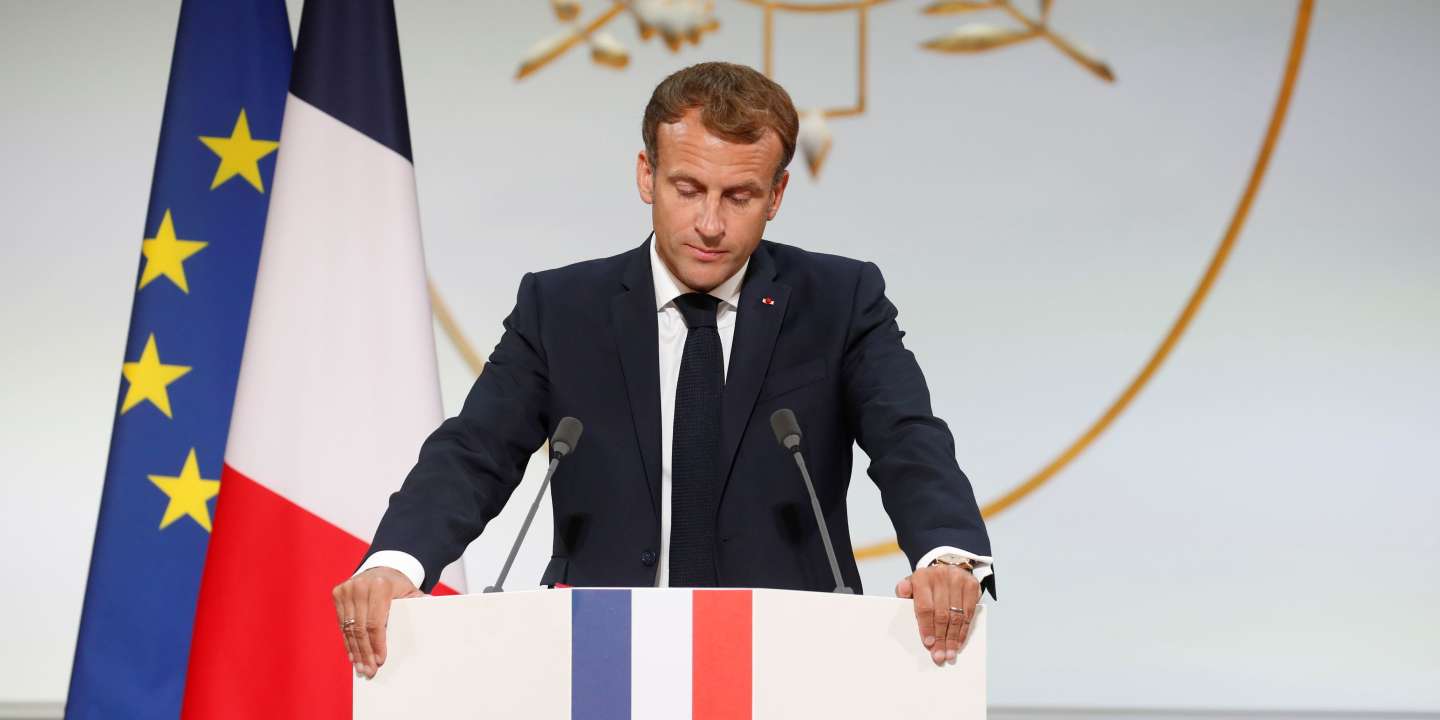 The Elysee had made it known that Emmanuel Macron wanted « take a new step “ in the « reconnaissance » of the’« abandon » harkis by France. It is with this in mind that the President of the Republic asked « pardon » to the harkis in the name of France, Monday, September 20.

Article reserved for our subscribers Read also Algerian War: towards a new gesture by Emmanuel Macron in favor of the harkis

As part of a reception at the Elysee Palace dedicated to the memory of the harkis who fought alongside the French army during the Algerian War, Mr. Macron also announced the presentation, ” before the end of the year “, of a bill of “Recognition and repair”.

“The history of the harkis is great and painful. (…) It is the story of tears: tearing of two countries, tearing with your native lands, tearing between French peopleMr. Macron said in his speech. It is the tragedy of a loyalty flouted several times by the massacres in Algeria, by exclusion in France, then by denial and refusal of recognition. Your story is ours. ”

“France has failed in its homework”

“After the Algerian war, France failed in its duties towards the harkis, their wives, their children “, Estimated Mr. Macron, while specifying that he does not wish “To judge the role of the leaders of the time is the role of historians, not that of a president. I cannot say what I would have done at the time ”. During his speech, the Head of State was questioned by several people present in the room. “There is no word that will mend your burns and what you have been through”, then replied the president.

This speech by Mr. Macron was held five days before the National Day of Homage to the Harkis, which has been celebrated every September 25 since 2003. During this reception, the Head of State also decided to highlight ‘honor “Three symbolic carriers” of the memory of the harkis: Salah Abdelkrim, fighter in the Algerian war, is elevated to the rank of officer of the Legion of Honor; the French general François Meyer, who had disobeyed his hierarchy and organized the repatriation to France of 350 harkis, is also decorated; as well as Bornia Tarall, daughter of harki, activist for equal opportunities and diversity.

Victims of reprisals in Algeria

The harkis are these former combatants – up to 200,000 men – recruited as auxiliaries to the French army during the conflict which between 1954 and 1962 opposed Algerian separatists to France. Some 42,000 harkis, sometimes accompanied by their wives and children, were evacuated to France by the army and passed through camps with often unworthy living conditions. Almost 40,000 others reach it through semi-clandestine or clandestine channels. In total, between 80,000 and 90,000 people arrived in France according to certain estimates, for the majority between 1962 and 1965. The others, disarmed, were left to fend for themselves in Algeria. Considered as traitors by the new regime, they and their families are victims of bloody reprisals.

In recent years, successive French governments have attempted to commemorate the harkis and recognize the suffering they endured. During a unique day of tribute, President Jacques Chirac declared in 2001 that “The massacres committed in 1962, hitting soldiers as well as civilians, women as well as children, will forever leave the imprint of barbarism. They must be recognized ”. Then, in 2005, a law was adopted providing for a recognition allowance for “Harkis, their orphans and repatriates of European origin”. Finally, in 2016, President François Hollande solemnly recognized the “Responsibilities of the French governments in the abandonment of the harkis, the massacres of those who remained in Algeria and the inhuman reception conditions of the families transferred to the camps in France”.