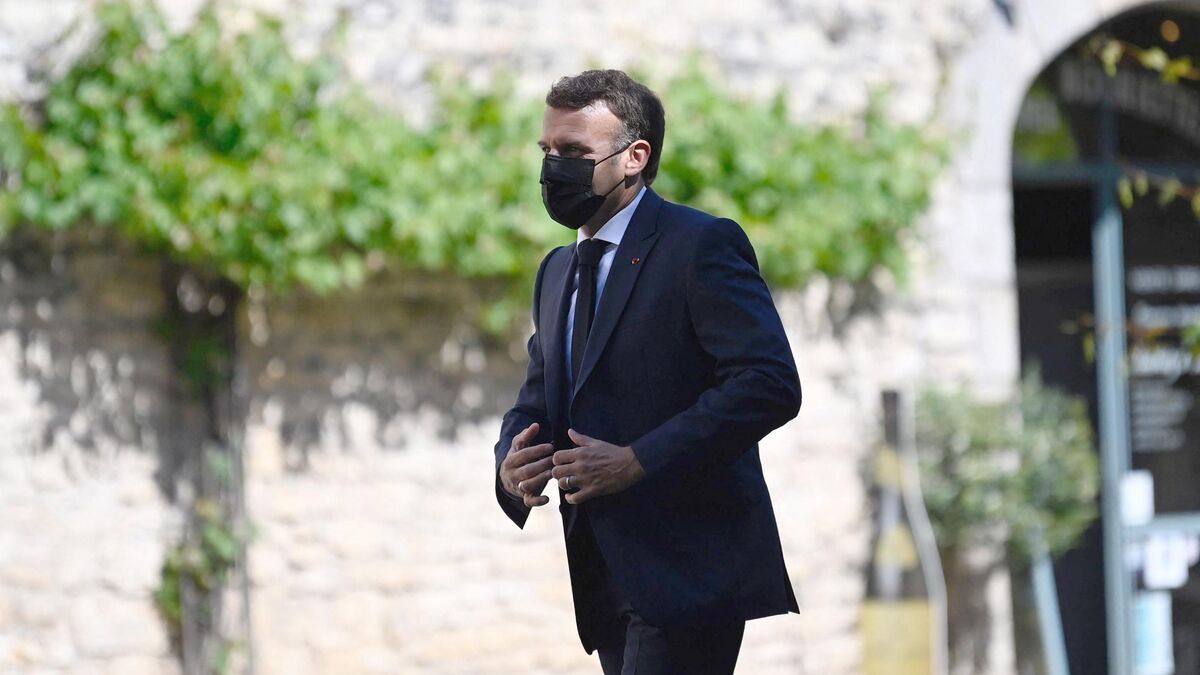 Interested, what is the risk of the man who slapped Emmanuel Macron during his trip to the Drôme, this Tuesday noon? The head of state does not seem to have been injured during this gesture, committed when he came to meet some residents leaning against a barrier.

Two people were arrested by the surveillance and intervention platoon of the Valence gendarmerie. He is the alleged perpetrator of the slap and a sidekick whose role remains to be defined. Both, originally from Saint-Vallier (Drôme), were taken into custody for willful violence against a person holding public authority. The two suspects, unknown to the police or gendarmerie, were born in 1992.

“Violence resulting in an incapacity for work of less than or equal to eight days or having resulted in no incapacity for work”, committed against a person holding public authority, is punishable by three years’ imprisonment and 45,000 euros. ‘fine, according to article 222-13 of the Penal Code. “There is no specific offense of violence against the President of the Republic”, specifies the Parisian criminal lawyer Eric Morain, according to whom this scene clearly falls within the framework of “violence”.

Offense of the Head of State suppressed

These penalties are of course maximum, and it is up to the judge to decide based on several criteria: the power of the blow, the context, the level of any injuries, etc. The rather new nature of the situation could also be taken into account., “Given the disturbance to public order”, argues the penalist.

The offense of insulting the Head of State was abolished in 2013. But it remains forbidden to commit contempt of any “person holding public authority” and which is “likely to undermine his dignity or respect due to the office with which it is invested ”. The penalty incurred is one year’s imprisonment and a fine of 15,000 euros. “In any case, a slap is violence and not an offense,” concludes Eric Morain.