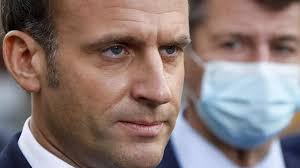 Three terrorist attacks in barely a month, a second wave of uncontrollable Covid-19, French people re-confined … The executive navigates from crisis to crisis, tossed between two storms, one security and the other health.

Between coronavirus and terrorism, Emmanuel Macron no longer has control over his calendar. The Head of State is forced to constantly bounce back in the face of an unforeseeable situation. One emergency replaces another, the shock of the containment being followed a few hours later by a new terrorist attack.

Communication strategies are swept away in a few hours. For example, the debate in Parliament on the reconfinement was torpedoed by the Nice attack. And the pressure is growing on the top of the state.

Two weeks after the assassination of Samuel Paty, Emmanuel Macron promises new measures. The president must accelerate, on the offense of separatism or on hatred on the Internet, at the risk of fueling the trials with impotence. “We do more in ten days than those who want to change the Constitution,” reassures himself – as he can – a part of the Republic in March.