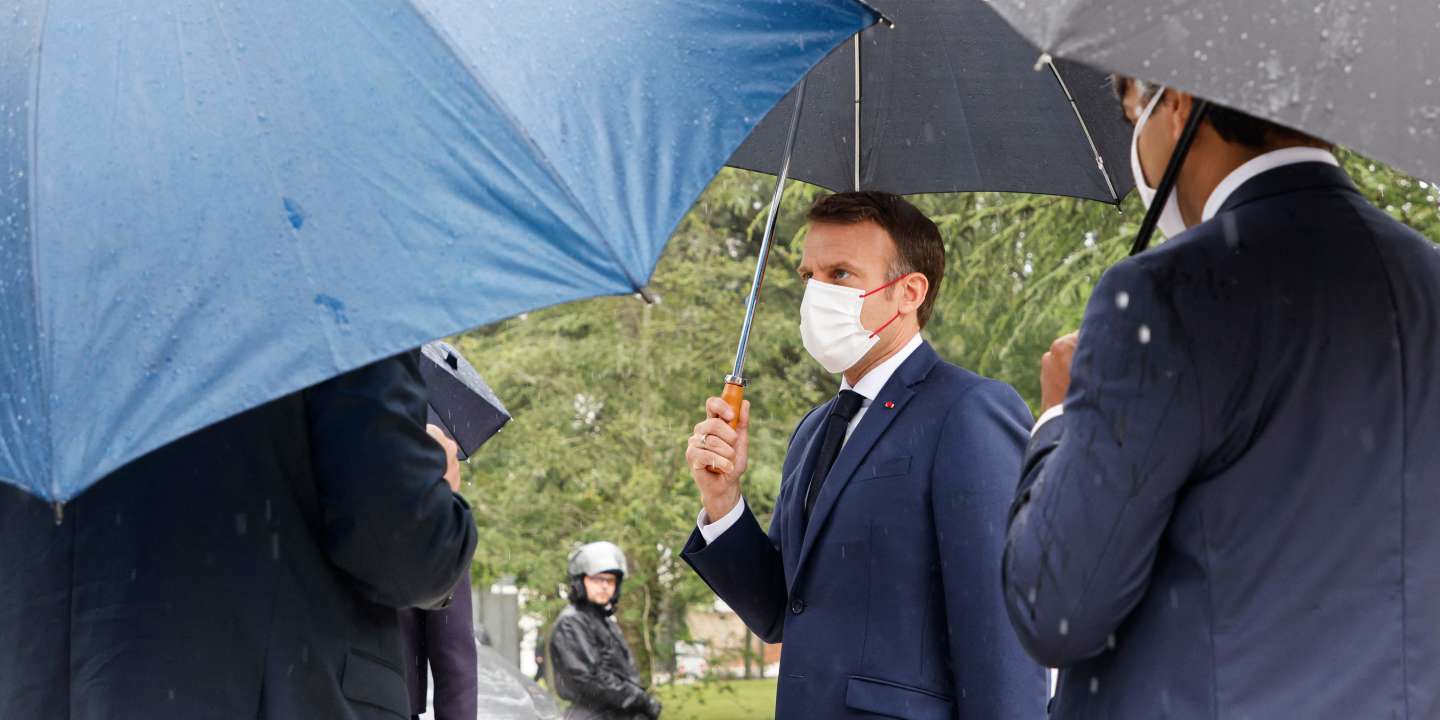 Emmanuel Macron wants to be like the French: he does not care about regional elections. In any case, this is the message that the Elysee has been trying at all costs to get across for a week in order to make the debacle of the majority less bitter. The day after the first round, on June 21, the Head of State displayed an apparent indifference, going so far as to receive Canadian pop star Justin Bieber at the presidential palace for nearly an hour. “After the second round, he will go to Disneyland!” “, anticipated, hilariously, one of his ministers. In reality, it will be Douai (North). The President of the Republic is expected there, Monday, June 28, to praise another wonderland: France.

Read also Results of the 2021 regional elections: the winners, region by region

The Chinese group Envision intends to set up an electric battery factory in the northern city. A challenge for the future and good news – with around 1,000 jobs created – which is well worth a visit to this Hauts-de-France region, which has nevertheless become the symbol of the electoral rout of the macronists. Eliminated in the first round, the latter called for a vote without consideration for the outgoing right-wing president, Xavier Bertrand, declared rival for the presidential election of 2022. The confrontation has only just begun: the former mayor of Saint -Quentin (Aisne) grilled politeness to the Head of State by announcing, on Friday, the arrival of Envision, as if to take the credit for it. “It is a project that has been supported for three years now by the government”, replied the Minister for Industry, Agnès Pannier-Runacher.

Despite the failure of the regional, Emmanuel Macron does not intend to learn anything from the ballot, which resulted in a new abstention record (65.7%) in the second round on Sunday. “There is no sanction vote, just an absence of envy of regions and candidates”, do we want to believe in those around him, polls in support.

The tenant of the Elysee Palace should therefore not take into account the message of the voters in his plan for the end of the five-year term, which he intends to unveil by July 14. “The results do not allow to decide in favor of such or such priority”, believes Roland Lescure, spokesperson for La République en Marche (LRM). According to the deputy of the French living outside France, two alternative paths are proposed by the majority: “The revival and the gathering” or “Recovery and reform”. Clearly, appeasement or risk. With, on the menu of the second hypothesis, a possible pension reform.

You have 67.86% of this article left to read. The rest is for subscribers only.