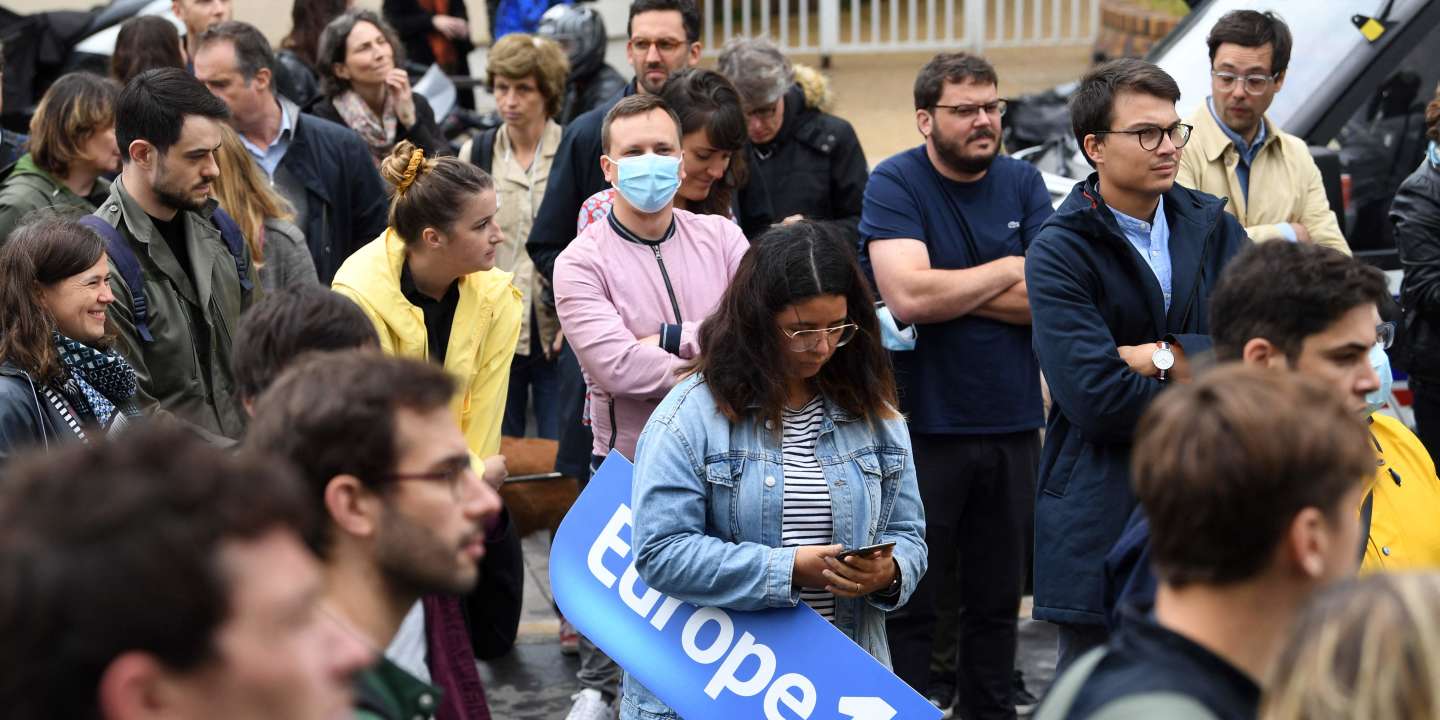 Current or former voices of the station, colleagues from other media, trade unionists, defenders of press freedom… All have responded to the call of the intersyndicale (SNJ-CGT – CFTC – FO) and the society of editors Europe 1 to demonstrate in front of the radio premises, Wednesday, June 30. Some 150 people, mostly journalists, denounced “Vincent Bolloré’s growing influence in the media » and made known their fears of seeing their radio turn into a “Opinion media” due to the announced merger with CNews, controlled by the Breton magnate.

This gathering was organized on the sidelines of the general meeting of Lagardère shareholders. This confirmed the transformation of the group into a public limited company, putting an end to the absolute power of Arnaud Lagardère for the benefit of its first shareholder, Vincent Bolloré. The billionaire controls Vivendi and its subsidiary Canal +, parent company of CNews.

Read also the editorial: Europe 1 and the spectrum of opinion media

Europe 1 is a “Radio which has always preferred information to controversy”, argued journalist Anne Sinclair, former station, concerned “That this continues, especially before the presidential election”. “What unites us today is a conception of information”, a “Ethics of responsibility towards society”, launched to the crowd Patrick Cohen, who hosts the mid-day segment on Europe 1. “The model that is winning”, it is the one who seeks to create “Fractures, to pit one part of France against the other, including through calls to hatred” judged “By the courts”, he lamented. CNews star polemicist Eric Zemmour has been convicted on several occasions of incitement to hatred.

The Secretary General of Reporters Without Borders, Christophe Deloire, for his part defended “Editorial independence” and the “Internal pluralism of the audiovisual media”, calling on the Superior council of audio-visual to “play” the “role” which it did not hold according to it for iTélé (which became CNews in 2017) and Canal +. At the beginning of June, the institution had, however, put CNews on notice for failing to meet its obligations in terms of political pluralism, after failing to record nearly an hour of speaking time for a candidate from the National Rally.

Consequently, the journalists of Europe 1 are worried about the “synergies” set up between the radio and CNews, such as a joint program presented by Laurence Ferrari, formalized last week by Arnaud Lagardère. Last week, some of them went on strike for six days. At the end of the movement, the management undertook to negotiate a device similar to the conscience clause, a device which allows journalists who disagree with a change of editorial line to leave with compensation. But “The mobilization does not stop”, assured Olivier Samain, SNJ union representative, promising to“Other actions”.