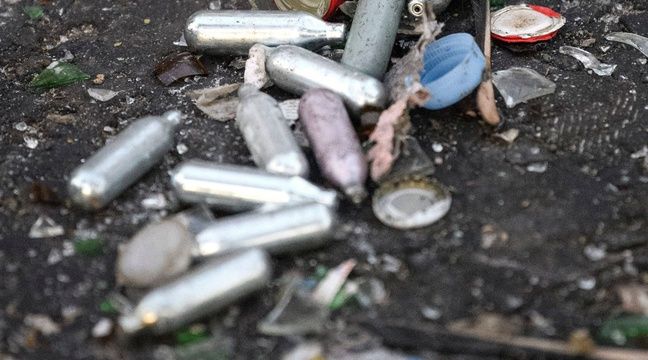 The city of Marseille announced on Friday the ban on the sale to minors of “laughing gas”, as well as the consumption on the public highway of these nitrous oxide cartridges used for their euphoric effect.

This municipal decree, which takes effect immediately, will be accompanied from the start of the school year by an awareness campaign on the harmfulness of this product, the city said in a press release, stressing that this gas can have harmful effects on health, such as dizziness or vomiting, or even cause stroke.

Impact also on the environment

These non-degradable metal cartridges also have a considerable impact on the environment, says the city. If several municipalities have already taken identical measures, such as Soissons, in Aisne, Marseille is the first large French city to ban this product increasingly criticized for its effects on health, especially among adolescents, who are particularly affected. fond.

Banned for sale to minors in Denmark since January, “laughing gas” could soon become untraceable everywhere in France for adolescents. In December, after an alert from the Ministry of Health and the Interministerial Mission for the Fight against Drugs (Mildeca), the Senate adopted a bill to prohibit the sale of the “proto” to minors. It must be debated in the National Assembly.