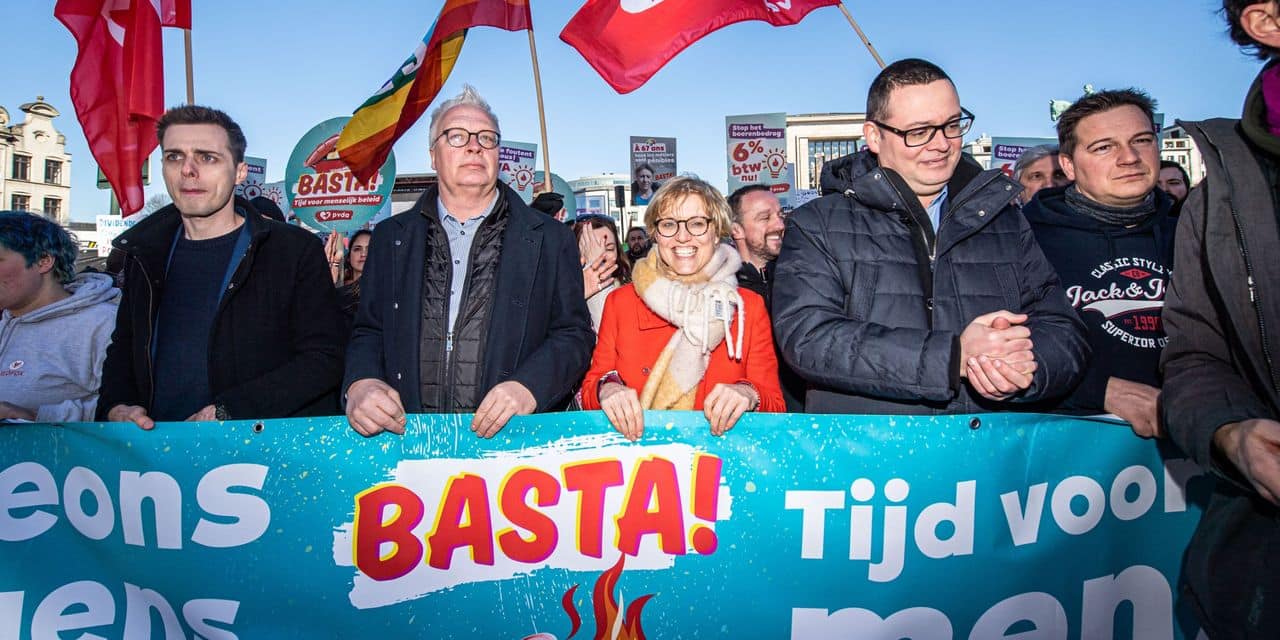 “These thousands of people – 10,000 according to the PTB, Editor’s note – is a very strong signal. People tell me that they have canceled their holidays this year and that they have to use their savings to pay their energy bills It is time for the government to take serious measures. We must lower the VAT to 6% on electricity and gas in a structural way, now”, pointed out the president of the PTB, Raoul Hedebouw, at the end of the demonstration.

“The Vivaldi government thinks the energy price issue has been resolved after their minimalist deal. But nothing could be further from the truth. And Russia’s criminal invasion of Ukraine will only make matters worse. The bills will remain unpayable”, he added, calling once again for the return of the energy sector to the fold of the public authorities.

“It’s normal that people are unhappy. They see every day that for Vilvaldi, the interests of big business are more important than those of the population”, finally estimated Raoul Hedebouw.