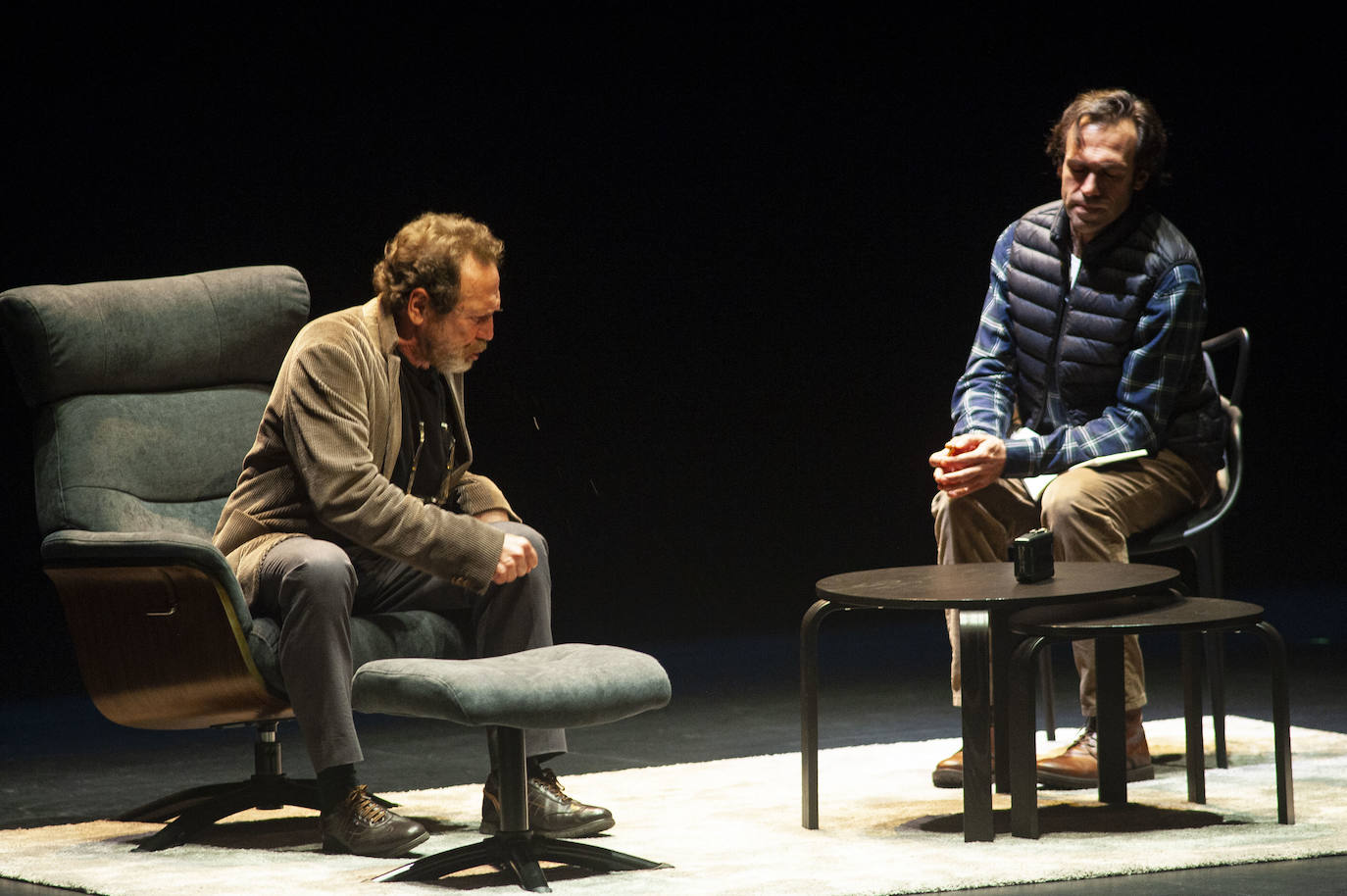 Juan Gea and Alberto Iglesias, in a scene from the play that reaches the Arriaga. / yarmen cruz

In the artistic file of ‘Enigmatic Variations’, the play that arrives at the Arriaga Theater this Thursday with a single performance, there are two actors, Juan Gea and Alberto Iglesias. But as the first of them says, at the end of the performance a third should come out to greet the public, that woman the two of them talk about so much, who moves their p