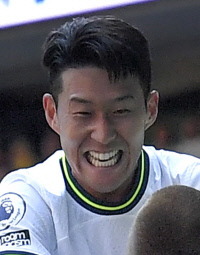 Son Heung-min (30, Tottenham, photo), who became the top scorer in the English Premier League (EPL) for the first time last season, was nominated for the Ballon d’Or, which selects the world’s best soccer player.

France Football, the French football media that hosts the Ballon d’Or, announced on the 13th that the finalists (30) for the 2022 Ballon d’Or including Son Heung-min were selected and announced.

Son Heung-min became the first Asian player to become the top scorer in the EPL season with 23 goals in the 2021-2022 season, becoming the only Asian finalist for this year’s Ballon d’Or. The Ballon d’Or is the world’s most prestigious individual award, which selects the player with the best performance that year through a vote by the reporters of a country that is in the top 100 of the FIFA rankings.

It is also a positive point that the evaluation criteria of the Ballon d’Or changed at the time when Son Heung-min performed his best. From this year on, French football changed the criteria for evaluating performances from January to December to the season (August to July of the following year), and decided to prioritize individual performance in evaluation points.

The fact that Lionel Messi (Paris Saint-Germain), who has won the most Ballon d’Or awards (7 times), was eliminated from the finalists for the first time in 17 years since 2005 with only 6 goals in the regular league despite winning the French Ligue 1, explains this change well.

Gamblers predicted that Son Heung-min would rise to the final rankings higher than in 2019. British betting company ‘Skybet’ analyzed that on the 14th, Son Heung-min was ranked 16th with Christopher Nkunku (Leipzig) and Riyad Marez (Manchester City) with an odds of 100/1 to win the Ballon d’Or. The Ballon d’Or will be announced on October 17th.

‘Bad foods’ that are good for health if eaten in moderation