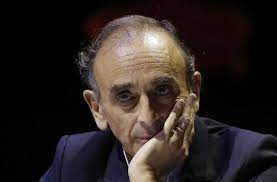 Eric Zemmour the polemicist who officiates every day on CNews is accused by several women of sexual violence according to Mediapart, taken over by Télé Loisirs. The first salvo comes from Gaëlle Lenfant, an elected member of the opposition to the municipal council of Aix-en-Provence, who accused the polemicist of having kissed her by force during the Summer Universities of the Socialist Party in La Rochelle, in 2004 or 2006. The entourage of Eric Zemmour assured that the latter has no memory of this scene and denounces a political affair that comes out when everyone knows that there are inclinations around him. April 29, Mediapart, after a long investigation, publishes the testimonies of several women who in turn accuse Eric Zemmour of sexual violence. Aurore Van Opstal, Belgian journalist and author, confides that during a meeting in a cafe with the polemicist near the Figaro, the latter would have “caressed her knee with his hand”, under the table and “would have gone up to the ‘crotch’ as ​​the journalist’s father stood next to them. Another journalist on condition of anonymity also met Eric Zemmour in a cafe near the Figaro. Their meeting would not have gone as planned. “He kept hitting on me (…) he leaned over and kissed me. He put on his tongue and everything, ”she said.
Journalist and columnist for many years, the behavior of Eric Zemmour would not have left indifferent in the many editorial staff where he worked. While several journalists, on condition of anonymity, explained that they would have found his behavior sometimes inappropriate, an incident would have also occurred on CNews, according to information from Mediapart. On October 14, 2019, during the premiere of Face à l’Info, the columnist reportedly wrote a text to the editor: “Zemmour called her ‘my beauty’ and asked her to adjust her tie the next day” , says a journalist Contacted, the editor did not wish to comment according to the same sources.

See Also:  More than 250,000 Spaniards have already applied for the status of "settled" in the United Kingdom