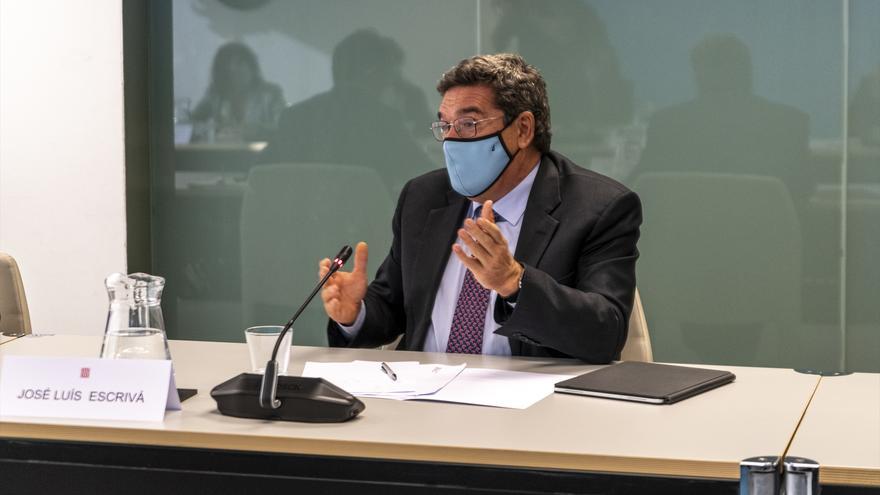 The Ministry of Inclusion, Social Security and Migrations this Sunday formulated to the social agents its proposal of reductions in social contributions From which companies with workers in ERTE linked to the covid can benefit in the next planned extension, in principle, from October 1 to January 31.

The proposal of the ministry led by José Luis Escrivá, according to UGT, cuts the bonus for workers in erte of companies with more than 10 employees that do not provide training in favor of those who have their working hours shortened to 20%. On the opposite side, the exonerations will come up to 70% for companies with less than 10 workers that do provide this training.

Escrivá’s proposal to link social exemptions and training has been met with the rejection of business representatives, according to sources of the negotiation.

In general, the minister’s proposal slightly lower maximum bonuses existing at this time for limitation ERTEs (companies whose activity is affected by covid restrictions, but not totally) while maintaining the 100% reduction for activity impediment ERTEs. In addition, the highest bonuses are reserved for companies that provide training to workers in ERTE. As a third novelty, Escrivá’s proposal modifies the size of the companies that has usually served as a difference, placing it at 10 instead of the usual 50.

According to the document that the Secretary of State for Social Security, Israel Arroyo, put on the social dialogue table this Sunday afternoon, for the smallest companies, with less than 10 workers, these exemptions would reach 50% without training and 70% with training. In the companies of more than 10 workers, the exemptions will be 20% if training is not offered to employees and 50% if training actions are given.

Currently the bonuses are 75% in companies with up to 50 workers and 65% for those with 50 or more workers, whether they provide training or not.

As explained by UGT at the end of the meeting, to have access to the bonus ‘plus’, the company should use 30 hours in training actions in companies between 10 and 49 workers, and 40 hours in which they have superior staff. These activities could benefit from the budgetary programs in favor of programmed training that are included in Law 30/2015, which regulates the vocational training system for employment in the workplace.

Although an extension must be approved with effect from October 1, the validity of the new exemption scheme related to training would take effect from November 1, as explained by UGT at the end of the meeting.

Government and social agents they negotiate against the clock, since the current public aid scheme for the covid ERTE expires on September 30 and it is intended to be able to adopt the extension in the Council of Ministers next Tuesday. This same Monday another meeting is scheduled.