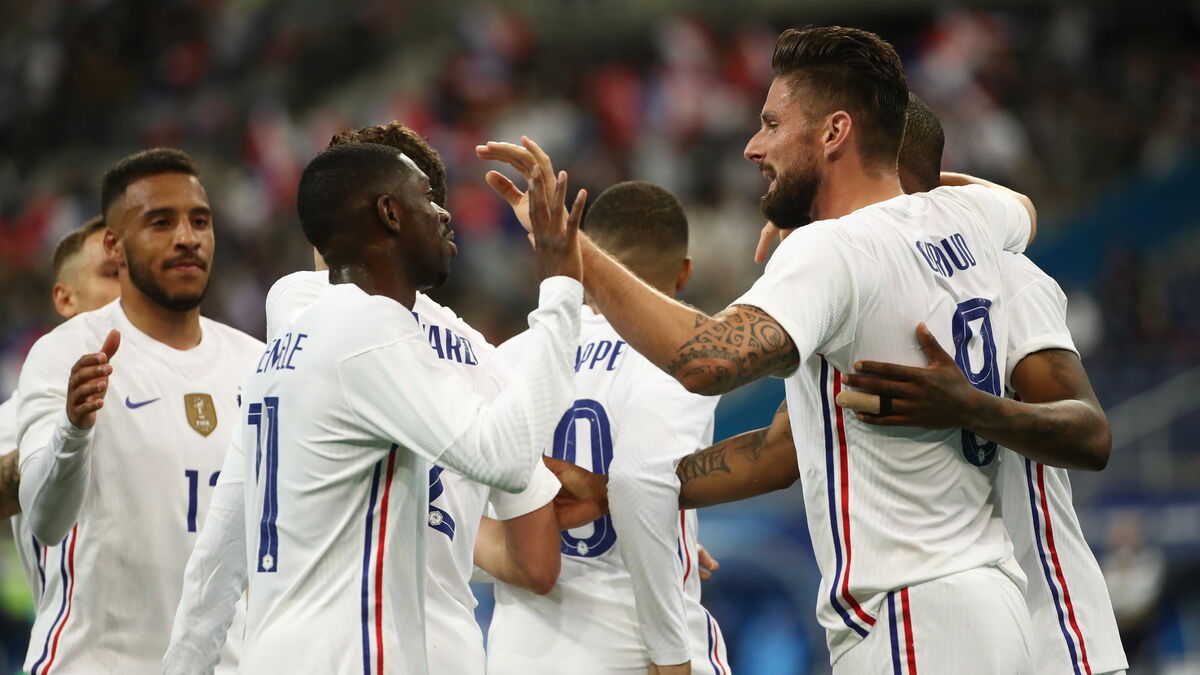 “They have to earn it. Otherwise, it will be a failed Euro. José Mourinho probably wanted to climb to the top of the scale of peremptory opinion in the columns of the Sun, a British daily where he will act as a columnist during the competition. But the former Tottenham coach only exaggerated a point of view that traveled throughout Europe on the eve of the start of the great continental raid with his sharp tone. Whether they want to wear it or not, the Blues come to the Euro with the sign of the main favorite of the event.

It must be said that the gang at Deschamps did nothing to avoid it. European finalists five years ago and world champions in 2018, the Blues embody what has been done most regularly on the planet in recent years. “This is perhaps the best selection that France has ever had, believes the former defender of Real Madrid and Spain, Ivan Helguera (47 caps). She has exceptional players across the board. She is the reigning world champion and the squad has changed very little. She is super complete and has accumulated a lot of experience in major international competitions in recent years. “

“She has two and a half teams of exceptional value”

A status, a common experience, and also a workforce of unparalleled wealth, with players like Olivier Giroud, Kingsley Coman, Ousmane Dembélé or Corentin Tolisso brought to play luxury replacements. “She has two and a half teams of exceptional value”, underlines, in an interview with BeIN Sports, the former Italian goalkeeper, Gianluigi Buffon. “France could make an A team, a B team and a C team,” continues José Mourinho.

In the locker rooms of the big European clubs, the tricolor armada fueled some conversations in the months leading up to the Euro. As in Turin, where Cristiano Ronaldo raised the subject with Adrien Rabiot. “He told me that we had a very solid team, because it spoke a lot about the France team within Juventus,” explains the midfielder.

A sign of the times, Germany has clearly admitted that the Blues would be the favorites of the entry into contention of the two selections, on June 15. Among the English bookmakers, the French team shares the status of the best placed team to win the Euro with the local selection, semi-finalist of the last World Cup.

A team sure of its strength, which has become even denser with the return of Karim Benzema, who will play his first major competition since the 2014 World Cup. “In the minds of our opponents, he embodies an additional threat, explains to the Parisian. the left side of the Blues and Everton, Lucas Digne. In England, many players have told me about this comeback. Everyone praised our offensive power, which was almost frightening in their eyes. “In May, when the name of the Real Madrid striker appeared in the list of 26 players selected for the Euro, the Spanish sports daily Marca praised” the dream attack “that the former Lyonnais would form with Antoine Griezmann and Kylian Mbappé, feared by other nations.

“Without him the France team was already very strong. But with him, it is even more so, underlines Ivan Helguera. He’s a very fine player technically, who scores a lot of goals, who knows how to play his partners to perfection, who has an incredible ability to stand out and keep the ball. He has got everything. With him, the attack of the France team has a hell of a face. “

So, this French team flawless? “The Mbappé-Benzema-Griezmann trio is very attractive on paper, but I’m still waiting to see. Benzema has not played for the France team for a long time and it takes time to resume automatisms, nuance the former Italian coach Dino Zoff. They are a very good team, but just because they are world champions it does not mean that they will automatically be European champions. Teams that scare everyone before the start don’t always win. But let’s say more often than those that don’t scare anyone.