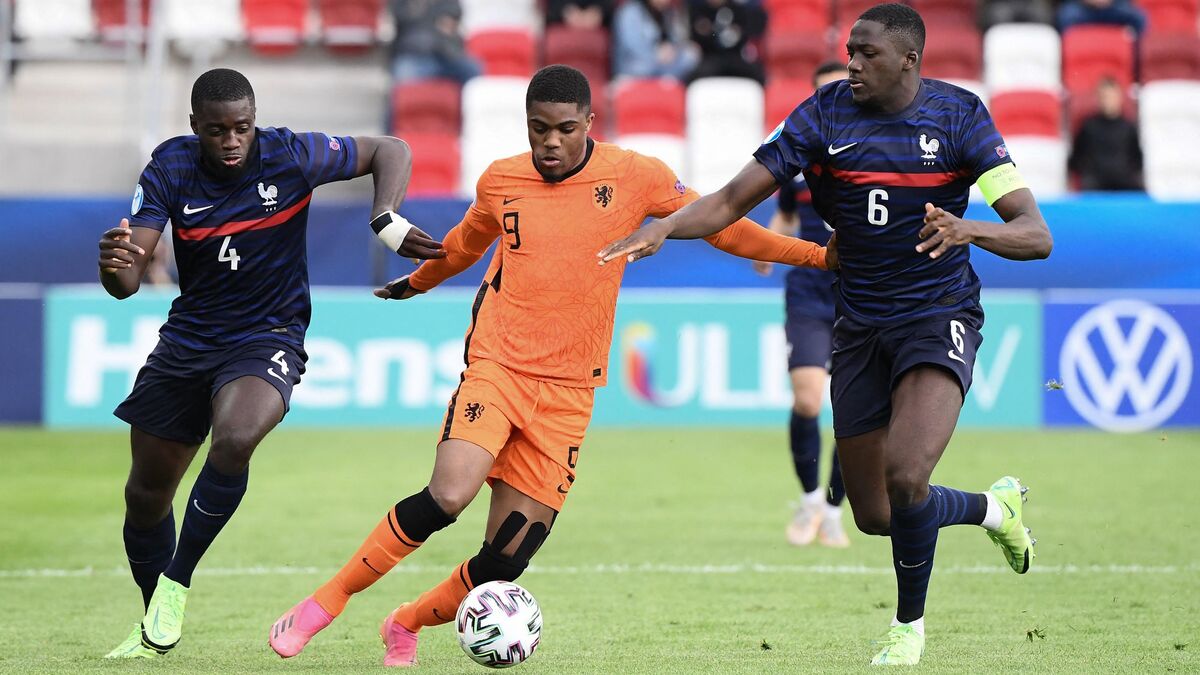 The disillusionment is immense. While they were hoping to end 33 years without a title in the history of the France Espoirs team, Sylvain Ripoll’s Bleuets fell on Monday evening in Budapest in the quarter-finals of the European Championship. For them, it is already time to return to Paris! Opposed to the Netherlands of Justin Kluivert in front of 1,800 spectators authorized to enter the enclosure, the young tricolor guard was overthrown by solid batavians. She can especially regret her lack of realism in hot moments and will therefore do less well than two years ago in Italy, where she left the Euro at the gates of the final, largely beaten by Spain (1-4 ).

The blow is harsh, and the disappointment very great, when we see the players who make up this France team. Camavinga (replacing this Monday), Edouard, Aouar, Tchouaméni … the list of players playing in the elite is long. But top-level football is cruel and leaves no room for error. Les Bleuets had a bitter experience at the Boszic Arena. However, they had started the match in a good way, posing big problems for the Dutch team. Until logically opening the scoring by Dayot Upamecano, the future Bayern defender who, left free of any marking on a corner from Moussa Diaby, did not miss the opportunity to shake the opposing nets with a slammed head ( 0-1, 23rd).

Despite the premature exit of Parisian Colin Dagba, hit in the left ankle (12th), everything had started under the best auspices. We thought that France had left to chart its course towards a half. It was without counting on Dutch realism. Happy to inherit a missed shot from his friend Harroui near the surface, and covered by Faitout Maouassa, the scorer Myron Boadu sounded the revolt (1-1, 51st). He ended up being the executioner of the French by throwing himself at the end of extra time to take back a center from Kluivert (1-2, 90 + 3rd). The hammer blow at the last second for Bleuets who had touched the post earlier by Jonathan Ikoné (65th). The Lille may have nightmares and there is something … the exit is here.