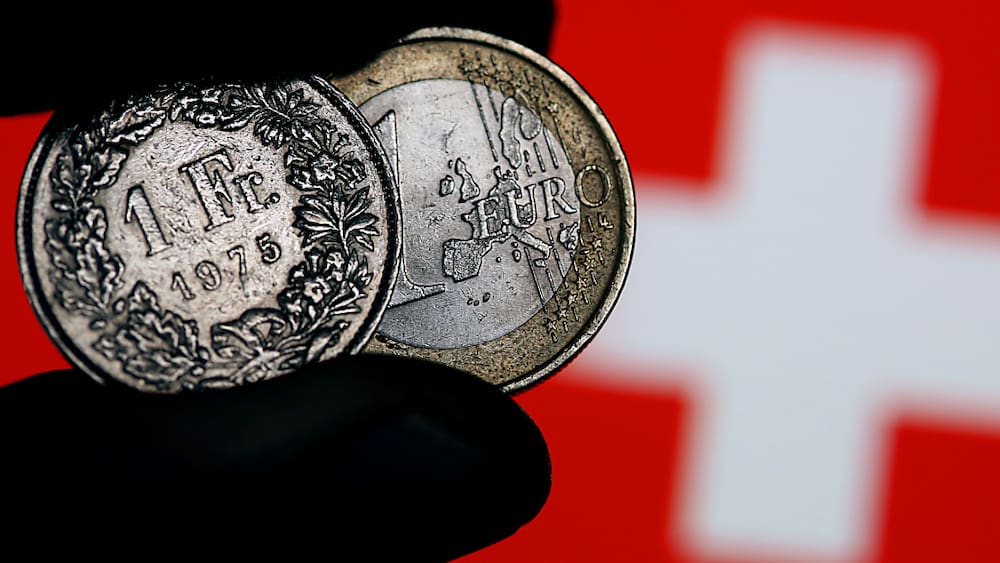 The euro only costs 0.98755 francs. “This is – apart from the chaos day January 15, 2015 – an all-time low,” said Thomas Heller, CIO at Belvédère Asset Management to AWP. At that time, the Swiss National Bank (SNB) had lifted the minimum euro exchange rate of CHF 1.20, which it had defended for years.

For comparison: when the euro was introduced on January 1, 2002, the euro cost 1.48 francs and rose temporarily to more than 1.60 francs in the years that followed.

The Swiss franc has been on the upswing since June 16, when the SNB unexpectedly and unexpectedly increased the key interest rate by 50 basis points to -0.25 percent. According to traders, however, the most recent development can primarily be explained by a weakness in the euro.

According to Valiant Bank, the reason for the weakness of the euro is the fear of an energy crisis in Europe after Russia reduced gas supplies. After all, the euro area would be much more affected by a gas crisis than the USA or Switzerland. The euro is also being weighed down by the hesitant attitude of the European Central Bank (ECB) in the fight against high inflation. Because while the US Federal Reserve and the SNB have already tightened interest rates significantly, the ECB is having a hard time doing so. This has pushed the euro to its lowest level against the dollar in 20 years.

When will the SNB react?

The SNB is currently allowing a certain appreciation of the franc, said Heller. You meet her in fighting inflation and she seems to be manageable for the economy. Above a certain limit, however, the SNB will take countermeasures and intervene in the foreign exchange market. “I don’t think that the euro will rattle through against the franc and that we will see a rate of 0.95 in a few days,” he says.

However, the threshold at which the SNB will intervene is a well-kept secret. The Valiant Bank sees the red line, where the SNB should intervene again, for the euro exchange rate, for example, only at 0.95 francs. (SDA)