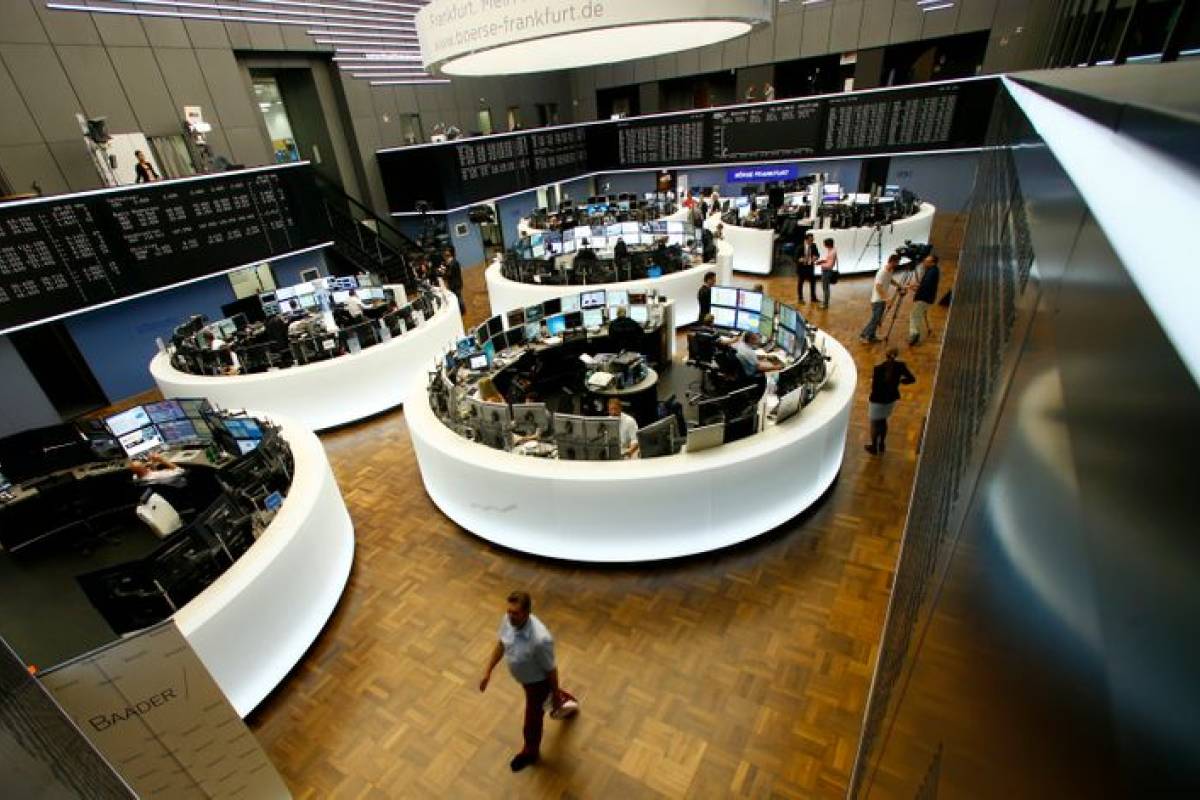 PARIS (Reuters) – European stock markets ended very sharply on Monday, while Wall Street was in the red at mid-session two days after the announcement of the decisions of the US Federal Reserve which urges investors to be cautious .

The Federal Reserve’s long-awaited bond buying decisions discourage risk-taking. Investors also have their eyes riveted on the forecasts of the American central bank on growth, unemployment, inflation and especially the evolution of interest rates.

In addition to these expectations, there are fears raised by Evergrande, the number two in the Chinese real estate market, a possible default of which could have repercussions on the financial system of the second largest economy in the world.

The Japanese and mainland Chinese markets remained closed on Monday due to public holidays but the Hong Kong Stock Exchange ended at its lowest level since late October.

In Europe, the EuroStoxx 50 volatility index, a barometer of investor nervousness, jumped 14.26% at the close. Its US counterpart, up 25%, hit a one-month high.

At the time of the close in Europe, the Dow Jones was down 1.56%, the Standard & Poor’s 500 by 1.70% and the Nasdaq by 2.05%. Of the eleven major S&P indices, ten were in the red, with economically sensitive sectors such as industrials, finance and energy dropping between 1.3% and over 3%.

In industry, Boeing and Caterpillar fell 1.6% and 4.54% respectively. The tech heavyweights, generally seen as safe havens in times of uncertainty, were also in decline. Microsoft, Apple and Facebook lost between 2% and 3%.

“There is uncertainty in geopolitics, public health, taxation and spending, but the market has seen almost no downward volatility movement for a long time, this decline was long overdue,” commented David Bahnsen, chief investment officer at Bahnsen Group, California.

In Europe, apart from the health sector, all the major indices suffered from the general decline in the equity markets. The commodities compartment, whose prices are suffering from the rise in the dollar, fell 3.41%. Steelmaker ArcelorMittal finished with a 7.44% plunge.

The luxury sector is once again penalized by the news from China. In Paris, LVMH, Kering, Hermès ended in decline of 1.3% and 1.9%. In Zurich and London, Richemont and Burberry lost 3.1% and 0.7% respectively.

Among the rare stocks to escape the stock market slump, Lufthansa ended with a gain of 5.53% in favor of a capital increase which should allow it to repay public aid before resuming the payment of dividends.

The announcement of an easing of travel restrictions in the United States for passengers from the European Union and Britain has also benefited airline groups. IAG, parent company of British Airways, jumped 11.11%, signing the best performance of the Stoxx 600. EasyJet advanced 3.77%.

AstraZeneca (+ 6.15%), for its part, benefited from the results of encouraging trials on breast cancer treatment.

At exchange rates, the dollar, which was trading at its highest for nearly a month pending decisions from the Federal Reserve, is virtually unchanged at the time of closing in Europe.

The euro is also stable at around $ 1.1734, while the pound sterling

In the bond market, the yield on US Treasuries dropped more than five basis points, to 1.3158%.

The oil market is penalized by the strength of the dollar and the gradual resumption of production in the United States after hurricanes Ida and Nicholas hit the Gulf of Mexico. Brent drops 1.27% to $ 74.40 per barrel and US light crude (West Texas Intermediate, WTI) 1.56% to $ 70.84.