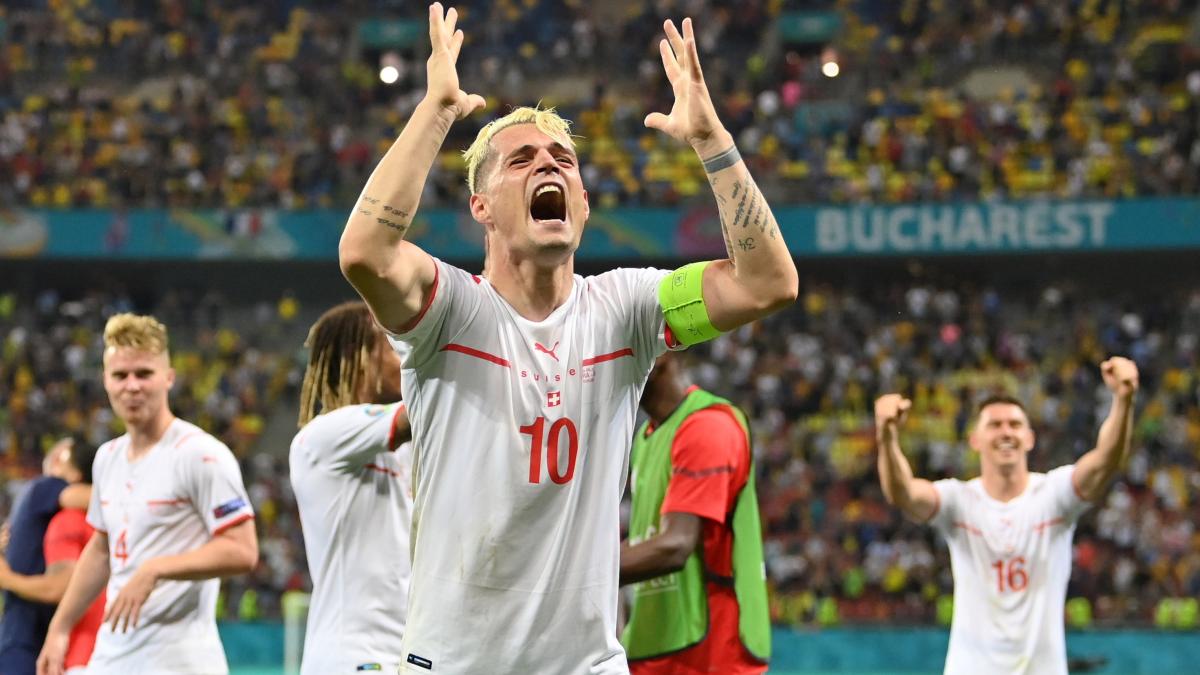 NAfter the corona-related cancellation in 2020, the time has come: the European Football Championship will take place until July 11th. For the first time in Uefa’s history, the tournament will be held decentrally, i.e. not in just one host country. The schedule includes 51 games in eleven different countries.

After the group stage and the round of 16, eight of the 24 national teams are still in the running. In order not to lose track of the many kick-off times and venues, you will find the full schedule as well as information on groups and results here.

There is no play on Thursday. The quarter-finals pairings will start on Friday.

Schedule for the European Football Championship 2021

After the preliminary round, there are now only knockout games. Whoever loses is thrown out of the tournament. The exact dates, kick-off times and locations of the matches can be found here in the overview.

European Championship round of 16 in 2021

Get 15 percent on DFB jerseys and EM items

Results and tables of the EM group stage

All results group A

All results group B

Here you can find the European Championship schedule as a PDF download. The file opens in a new window and can be saved with a right click:

>> DOWNLOAD: Schedule for the European Football Championship 2021 as PDF

All EM groups at a glance

The 24 national teams are divided into six groups. Places one to three of the groups advance and play in the knockout phase. The bottom of the group must say goodbye to the tournament after the preliminary round.

During the European Championship, the German national team will be based in Herzogenaurach, Franconia. The EM quarter consists of 15 residential units, each with space for four players. The area is laid out in the style of Campo Bahia from the 2014 World Cup – next to the accommodation there is a kind of marketplace that serves as a meeting point. In the video we present the EM quarter in detail:

EM stadiums with spectators despite Corona

Uefa boss Aleksander Ceferin rejects ghost games at the EM. He demanded from all venues that the cities should make commitments for at least partial admission of viewers despite the corona pandemic. Therefore, Dublin and Bilbao were deleted as venues, as Uefa executive member Zbigniew Boniek announced on Twitter.

The games have been moved to Seville and Saint Petersburg. In Bilbao, the local organizers had previously announced that Uefa had withdrawn the games planned there. The teams from Poland, Sweden and Slovakia therefore have to commute between Russia and Spain in the group stage.

Munich remains the venue for the European Championship and does not lose a game. The Uefa Executive Committee in Nyon (Switzerland) decided that the city would keep the games as originally planned and that both the group games of the German national team and a quarter-final match should take place in the FC Bayern arena.

The decisive factor was that there was still a positive signal from Munich. The government of the Free State of Bavaria had given its approval to the “EM lead scenario” at the last minute, which requires a “minimum capacity of 14,500 viewers”. “Everything is subject to the pandemic situation,” said State Chancellor Florian Herrmann (CSU).

These are the games in Munich:

24 teams meet in a total of 51 games at the European Championship. After the draw on November 30, 2019 in Bucharest, however, not all participants were certain. The last four teams – Hungary, Slovakia, Scotland and North Macedonia – only qualified via the European Championship playoffs in autumn 2020 and were then assigned to the groups retrospectively.

Results of the test matches

Shortly before the start of the European Championship, the German team traditionally played two test matches to test their form and possible line-up. While the friendly against Denmark ended in a draw (1: 1), the DFB team managed a sovereign 7-1 win against Latvia against Latvia.