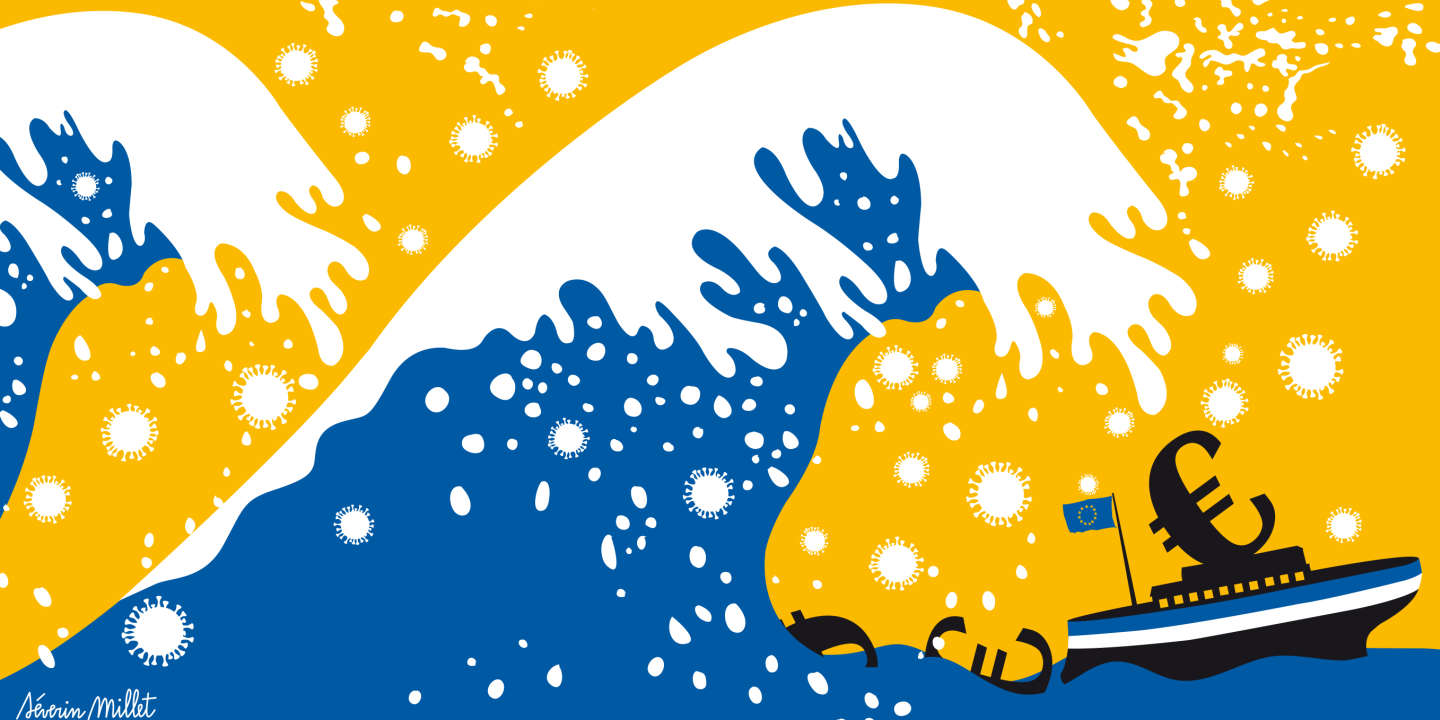 Same causes, same consequences: as the countries reconfigure themselves in Europe, the economy plunges. The Old Continent, already the most affected in terms of health and economics during the first wave, is about to go back into the red.

The successive announcements of Angela Merkel and Emmanuel Macron on Wednesday October 28 th caused the stock markets to fall heavily. The German Chancellor announced a “Limited confinement” month, with the closure of restaurants and sports and cultural institutions, while the French president re-established confinement until 1is December at least, keeping schools and factories open nonetheless. On Wednesday, the CAC 40 fell 3.4% and the German DAX 30 4.2%. Thursday morning, the Paris Bourse opened to equilibrium, while that of Frankfurt rebounded 0.59%.

Mechanically, the gross domestic product (GDP) will go back into negative territory. The insurer Allianz now expects -1% in the euro zone in the fourth quarter, with -2% in France and Spain. The economy is like plumbing at the moment: when you turn off the tap, the flow is reduced. “We go from an economy running at 90% to an economy at 60% or 70%”, summarizes Ludovic Subran, chief economist of Allianz. The United States is also expected to post a decline in the fourth quarter.

No panic in the financial markets

The situation is not as bad as the spring collapse, however. There is no panic in the financial markets. “The confinements are not so extreme”, analysis Jordan Rochester, of the Nomura bank. Across Europe, schools remain open and factories have learned to operate with the necessary social distancing …

See Also:  recipe for success for a pair of sneakers

The impact is also very different from one sector to another. Services – catering, leisure, shops, etc. – have been hit hard. On the other hand, the industry continues to operate almost normally, the Chinese economic rebound bringing new markets. The purchasing managers index, known as “PMI”, which is a monthly survey of companies (carried out before these new announcements), indicates it: in October, it was 54.4 points for the industry, against 46.2 points for services (a level greater than 50 points indicates an expansion, less than 50 points a contraction).

The trend started to turn around the Old Continent a month ago. Country after country, new restrictive measures have been taken. “Our real-time indicator [composé notamment des données de mobilité de Google, de la fréquentation des trains, de la consommation d’électricité…], which had risen sharply since May, has stagnated for four weeks in the euro zone ”, explains Marchel Alexandrovich, economist at Jefferies Bank.

You have 56.05% of this article to read. The rest is for subscribers only.