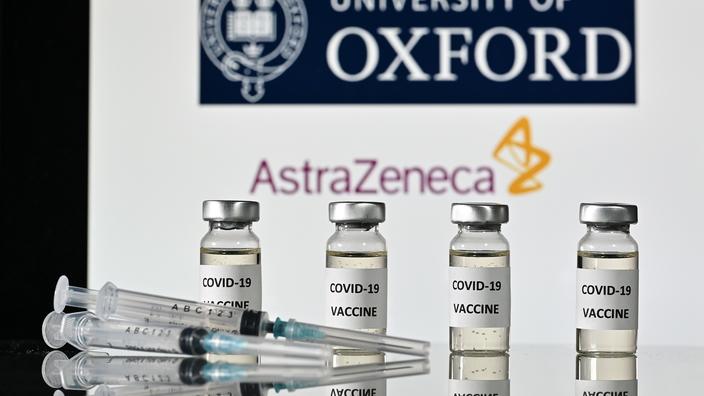 The European Medicines Agency has approved the AstraZeneca / Oxford vaccine for use by all people aged 18 and over, saying the vaccine is also suitable for the elderly.

The European Medicines Agency on Friday approved the use in the European Union of the AstraZeneca / Oxford vaccine against Covid-19, for all people aged 18 and over, saying the vaccine is also suitable for the elderly. EU countries were riveted on the EMA’s decision, questioning whether or not it would follow the lead of the German vaccination commission, which on Thursday advised against the vaccine for those over 65, citing data “insufficient».

Read also :Anti-Covid vaccines: why the EU hides parts of the contract with AstraZeneca

«The EMA recommended the granting of a conditional marketing authorization for the vaccine against the Covid-19 AstraZeneca (…) in people from 18 years of ageThe European regulator, based in Amsterdam, said in a statement.

The EMA indicated that there was “not enough results among participants yet“Over 55 years old to calculate the vaccine’s efficacy on this group, but”protection was expectedBecause an immune response has been identified. “As there is reliable information on safety“For those over 55,”EMA scientists believe the vaccine can be used in the elderly», Explained the agency. “More information is expected from ongoing studies, which include a higher proportion of older participants”, She added. The vaccine developed by the British laboratory AstraZeneca and the University of Oxford is the third to obtain the green light from the EMA after those of Pfizer / BioNTech on December 21 and Moderna on January 6.

Read also :Pascal Soriot: “No, the effectiveness of the AstraZeneca vaccine is not lower on the elderly!”

The deployment of the AstraZeneca / Oxford vaccine is eagerly awaited by Member States: it has the advantage of being cheaper to produce than its rivals, while being easier to store and transport. An age limit for access to the vaccine would have forced most European governments to reconsider their strategy focused on priority vaccination of the elderly.

AstraZeneca had previously defended the effectiveness of its vaccine for all age groups, alongside the United Kingdom, where it has already been widely used on the elderly. The EMA’s decision comes at a time when the Swedish-British pharmaceutical group has suffered the wrath of European leaders for several days, after having explained that it could only deliver “a quarter»Doses initially promised to the EU in the first trimester. The European Union published on Friday the contract signed last year with AstraZeneca to pre-order its vaccine, with the aim of recalling the commitments made by the laboratory.

AstraZeneca officially applied for a conditional marketing authorization for its vaccine on January 12 in the 27 EU Member States, as well as in the countries of the European Economic Area (EEA), namely Iceland, the Liechtenstein and Norway. The vaccine had been subjected since October to a “exam continuously», Which allows the EMA to review vaccine safety and efficacy data as they become available.

A green light from the European Commission must now be granted to validate the conditional marketing of the vaccine, which could take a few hours. In a separate communication on Friday, the EMA said it had found no link between the Pfizer / BioNTech Covid-19 vaccine and reported cases of death in the elderly after a first injection.