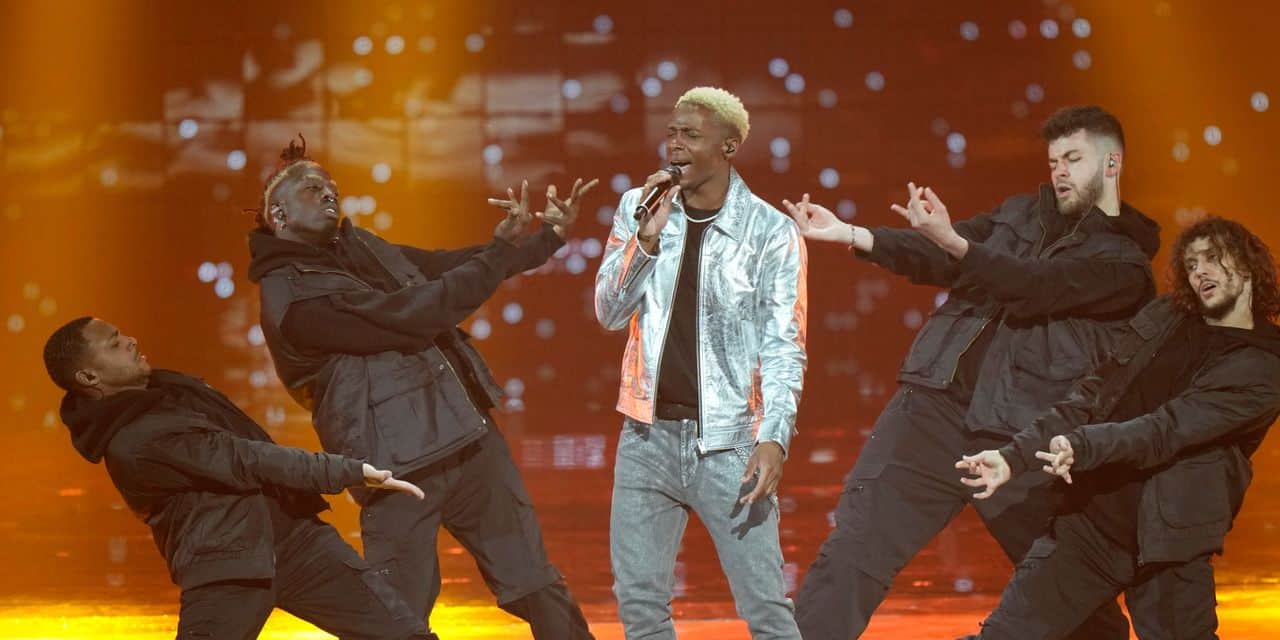 Between the yellow balloons of Finland (one of the big favorites), the sirens of Cyprus, the Romanian bullfighter but also the Serbian who “gives nightmares” to viewers, the “fishing net” on the head of the Australian or even the Georgian Willy Wonka, this second semi-final also kept its promise of talent and kitsch. Special mention to the metalheads rodeo fans of San Marino whose singer seems to be the “hidden son of Boy George and Walker Texas Rangers” as Jean-Louis Lahaye and Maureen Louys would say on RTBF quoting the message of a user.

Makiese: “Little, I was considered a sissy”

After the qualification of the great favorite that is Ukraine but also Moldova, Lithuania or even the wacky Daft Punk of Norway Tuesday in the first semi-final, the turn of the second semi-final of the 66th edition of the Eurovision Song Contest to have delivered its verdict this Thursday evening. Of the 18 sometimes kitsch nations in the running – Belgium passed in 16th position of the evening – 10 countries were able to win their sesame for the final of this Saturday. And the least we can write is that Jérémie Makiese, our Belgian representative, carried our colors loud and clear and knew how to dealing with his voice problem a few weeks ago. Accompanied by his dancers who have followed him since his victory over The Voice Belgium season 9, the one who is also a football goalkeeper – in Virton – in life has scored points. He who had used to perform in front of an empty room during the RTBF telecrochet -Covid obliges- did not have stage fright this Thursday evening in front of millions of viewers. Her passage and her performance on her title Miss You – with more than 1.3 million streamings and for a long time top 10 in the bookmakers – struck with her voice – “connected to her soul” as her former coach, Mama Bj, would say Scott- and his stage presence (silver jacket, hairy choreography). Inhabited by his song, Miss You, Jérémie Makiese gave everything in this sung “rupture”. In short, faultless… no false note!

In his portrait broadcast in the warm-up of the second Eurovision semi-final, Jérémie Makiese confided in RTBF. At only 13, he had already passed the local competition The Voice Berchem and had already caused a sensation. “But when you’re told you’re a singer, at 13, you’re seen as a sissy, a sensitive kid. Being considered a sissy doesn’t feel good.” And to add that he had “difficulty accepting my path. Outside of my family, I did not want people to know that I could sing.” We also learn that before appearing at The Voice Belgium 9, it was a certain … Jason Denayer who believed in him. The famous Diable Rouge has designed a music studio for him at home so that he can do his vocals out of sight.

Verdict of the votes given by the shock trio of presenters – in black (Alessandro Cattelan), yellow (Mika) and red (Laura Pausini) Eurovision suits? Next to the favorite for Sweden (top 4 bookmakers behind Ukraine, Italy and England) but also the Czech Republic, Azerbaijan, Poland, Finland, Estonia, Australia , Romania and Serbia, Belgium (mentioned first!) qualified for the final on Saturday 14 May. Which will still take place in Turin with 25 nations in total including the Big Five which are France, Spain, the United Kingdom, Germany and Italy. And… 12 points for Belgium?

Arturo Reyes, who sounded like a DT option in the Colombian National Team, will direct Barranquilla FC | Colombia selection