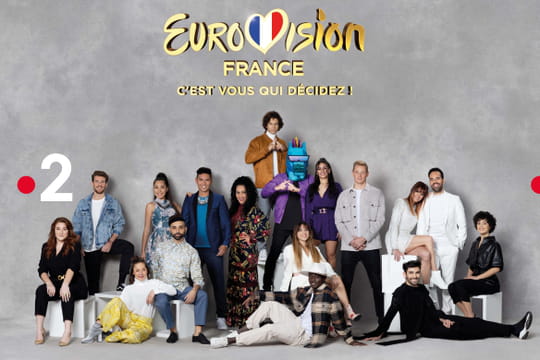 EUROVISION. France 2 allowed 12 candidates to try their luck to represent France at Eurovision. Find all the songs in the running.

[Mis à jour le 30 janvier 2021 à 20h00] Eurovision France is a program of France 2 which designates the representative of France at Eurovision, which will be held on May 22 in Rotterdam. The public, as well as the members of the jury (Amir, Duncan Laurence, Marie Myriam, Natasha St Pierre, Jean-Paul Gaultier, Elodie Gossuin, André Manoukian, Agustin Galiana, Michèle Bernier and Chimène Badi) are asked to vote in two stages for the winning song and the winning artist among twelve candidates. Before the broadcast of the Eurovision France program on France 2 on January 30, 2021, Barbara Pravi was a favorite according to the General Organization of Eurovision lovers, followed by Andriamad and Pony X. VYou can listen to the competing songs in the video below.

Who are the members of the jury for the program “Eurovision France, it’s you who decides”?

Under the chairmanship of singer Amir, who represented France at Eurovision Song Contest in 2016, several artists are present to determine our representative for this year, equally with viewers, in particular the Dutchman Duncan Laurence, the last winner of the competition, but also Marie Myriam, the last winner for France and Natasha St Pier, who came 4th in the singing competition in 2001. We also find Jean-Paul Gaultier, who will dress our representative for Eurovision, Élodie Gossuin, André Manoukian, Agustin Galiana, Michèle Bernier and Chimène Badi, who participated in Destination Eurovision in 2019.

Why isn’t Tom Leeb trying his luck again this year?

After the cancellation of the 2020 edition, countries had the opportunity to renew the candidate who had not participated this year. However, Tom Leeb told Non Stop People last June that he would not be entering the European singing competition next year. “I have a pretty busy schedule so I couldn’t do Eurovision,” said the singer and actor. The artist notably added that “other things are coming my way”.

We do not yet know the name of the candidate who will represent France at Eurovision 2021. The public will be able to vote during the Eurovision France program, it is you who decide, on Saturday January 30, 2021, among twelve candidates. Find them all in the picture below.

The cancellation of the 2020 Eurovision Song Contest caused a stir but, behind the scenes, the organizers worked on the next edition. The Eurovision 2021 final will take place in Rotterdam on Saturday, May 22, 2021. You should also know that the candidates from the countries present will be decided in two semi-finals scheduled for May 18 and 20, 2021.

Eurovision 2020 having been canceled, the last ranking available to date is that of the 2019 edition. The competition was not very favorable to Bilal Hassani, representative of France. The French candidate, who was nevertheless among the favorites, unfortunately finished 16th in the general classification. A disappointment for Bilal Hassani that the bookmakers ranked much higher. Here is the latest Eurovision ranking.

Pending the ranking of Eurovision 2021, let’s go back to the 2019 edition which saw the victory of the darling of the bookmakers in the person of Duncan Laurence who represented the Netherlands, with the Arcade title. He won Eurovision 2019 with flying colors, ahead of Italy and Russia. Juries and viewers seem to have loved his song which evokes loss and mourning. Unfortunately for France, Bilal Hassani did not manage to climb to the top of the Eurovision 2019 standings and finished in 16th place. His interpretation of the title “King” was however hailed by the public in Tel Aviv.