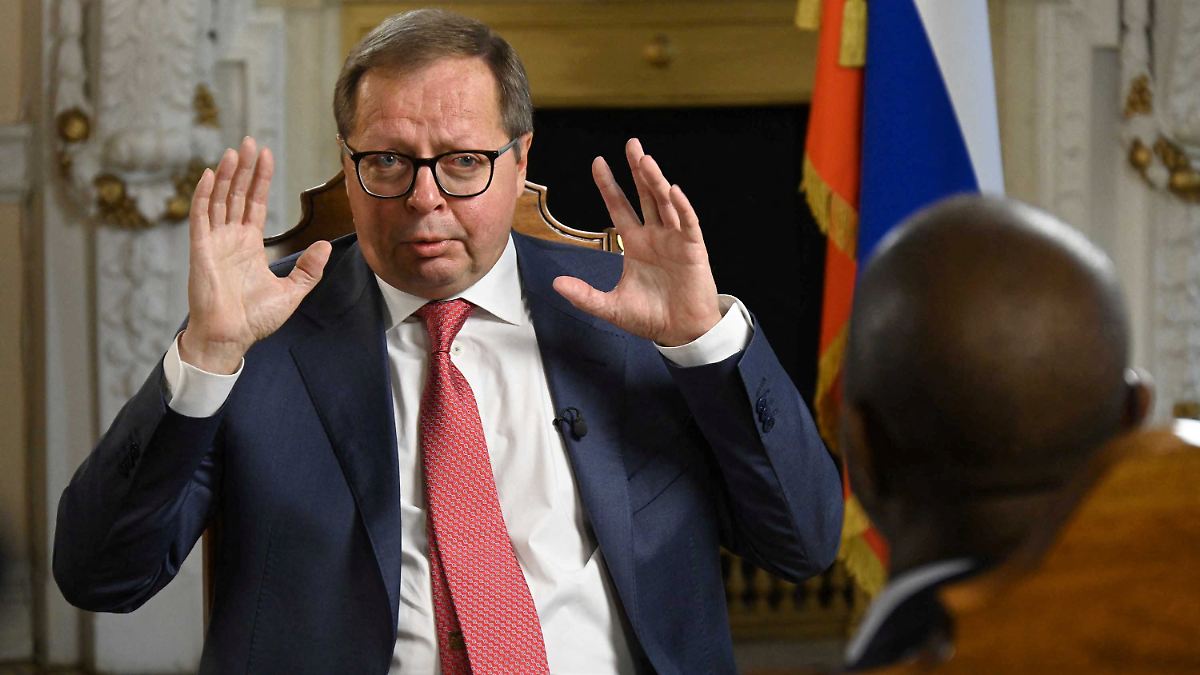 Russia’s ambassador to England denies the atrocities in Bucha and accuses Ukraine of killing civilians itself. However, one of his statements should reassure the West: He does not assume an attack with nuclear weapons – neither in Ukraine nor on Great Britain.

The Russian ambassador in London Andrei Kelin does not expect that his country will use nuclear weapons in Ukraine. According to the rules of the Russian military, this is only provided if Russia’s existence is threatened, Kelin said in a BBC interview. “This has nothing to do with the current operation.”

When asked whether he believed President Vladimir Putin would be prepared to launch a nuclear attack on Britain if the war escalated, the ambassador said no. This and similar scenarios were publicly discussed on Russian state television a few weeks ago.

Faced with evidence of Russian war crimes in Ukraine, the Russian ambassador repeatedly denied Moscow’s responsibility. “Nothing is happening, no bodies on the street,” Kelin said of reports of atrocities in the Kiev suburb of Bucha, where hundreds of bodies were found after the Russians left in April. “In our view, this is an invention. It is used to disrupt negotiations,” said Kelin.

When asked, he stated that he was last in Ukraine a few years ago – during the Maidan revolution. Regarding footage of the Ukrainian port city of Mariupol, the ambassador admitted that it had been destroyed in fighting. However, Russia alone cannot be blamed here either. “Collateral damage” is possible during battles, said Kelin.

The Russian repeatedly accused Ukraine of killing civilians in the contested Donbass region. Russia justifies its “special operation” by wanting to rid Ukraine of alleged Nazis.

wants to the one of the Barça by Mané

“Korn Nakhon Pathom” hits 5-0 to reach the 32nd round, get the queue 6, Red Thailand