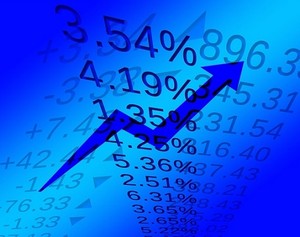 The proportion of variable interest rates on household loans by banks exceeded 80%, the highest level in more than seven years. Amid the prolonged COVID-19 blow and low interest rates, borrowers are less likely to see a rise in interest rates and prefer variable rates, which are cheaper than fixed rates.

According to statistics from the Bank of Korea on the 2nd, fixed rate loans accounted for 18.5% of new household loans by deposit banks in June. Compared to May (22.0%), it fell by 3.5 percentage points in one month.

This means that 81.5% of household loans follow variable interest rates, which is the highest in seven years and five months since January 2014 (85.5%).

Financial institutions explain that it is unusual for the popularity of fixed interest rates to decline further during a period of rising interest rates.

Moreover, the BOK’s base rate hike is imminent in the next few months, and the government is warning of the possibility of a surge in the household loan interest burden due to the daily increase in interest rates, but it has little effect on borrowers’ interest rate choices.

The fundamental background of this phenomenon is, above all, that the gap between the current fixed rate and the variable rate is larger than the potential increase in variable rate over the next several years that borrowers can expect.

As of the 16th of last month, the variable interest rates of the four major commercial banks, KB Kookmin, Shinhan, Hana, and Woori, for mortgages linked to COFIX are 2.49 to 4.03% per annum.

However, the interest rate for a hybrid (fixed-rate) mortgage loan that follows the 5-year bank bond interest rate, not the Cofix, is 2.89-4.48%, higher at the top and bottom than the variable rate by more than 0.4 percentage points.

An official from a commercial bank said, “Recently, there has been a time when the gap between fixed and variable interest rates has widened by nearly 1 percentage point.