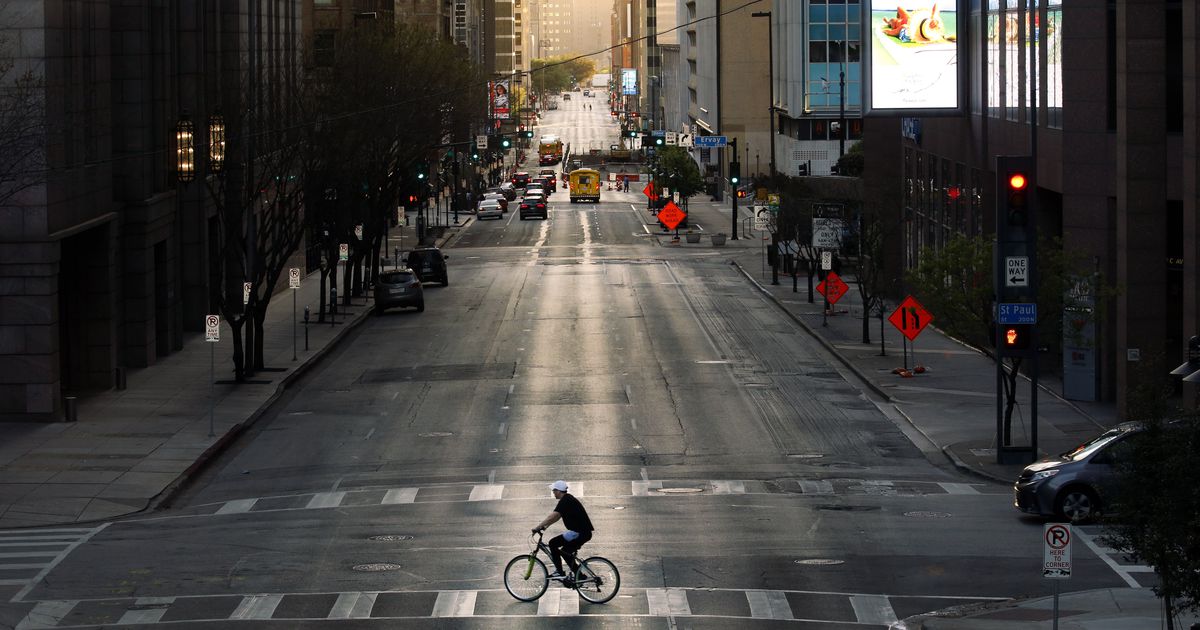 2020 was defined on March 10 last. That day the first case of covid-19 was reported in Dallas County. Currently, the pandemic is at its worst with an average of more than 1,700 cases daily.

The pandemic affected everything: businesses closed and many people lost their jobs, especially in the service sector. Consequently, food insecurity was added to this, when dozens of families had, for the first time, to seek resources in food banks.

The coronavirus took advantage of a divided society in which one sector decided to ignore science. With 19.3 million, the United States is the country with the most cases of covid-19 and with the highest number of deaths, exceeding 335,200 deaths on Tuesday.

In Dallas, more than 1,500 people have perished from the virus and, despite the hope that the vaccine gives, it will take a few months for it to reach the general population.

The coronavirus so altered life in North Texas that before March, the biggest event was the “leaning tower of Dallas,” a failed implosion of an office building that turned into a spectacle. How distant that day looks.

All the highlights of 2020 have to do in some way with that microscopic virus that turned the world upside down and changed Dallas.

Thousands of daily cases, thousands of deaths since March. Under normal circumstances the numbers would scare us, but at this point covid-19 is the norm and the way in which society lives with the virus that has changed everything. Suspended concerts, shortened sports seasons, businesses closed, hundreds of thousands of families confined since March. And while social distancing rules allow for some activity, it’s clear that that only increases the risk. Covid-19 will still continue to do damage in 2021, although the vaccine is expected to begin to battle it out.

The pandemic revealed food insecurity in North Texas and thousands of families now depend on this aid. The North Texas Food Bank revealed that since March they have distributed 70.8 million pounds of food to families in need.

The images are even more revealing with thousands upon thousands of cars lining up at places like Fair Park to receive food.

The pandemic changed the education system overnight. Students from public and private entities began to receive classes online. Success, as you are already beginning to see in the first studies, is limited.

Not only because of what is lost by not being in direct contact with the teacher, but the greater damage that the digital divide did in Dallas. Thousands of families didn’t even have internet access, despite DISD’s attempts to help with hotspots and laptops

The virtual classes also put a lot of pressure on parents who had to worry about their children’s education at the same time as their work. And not everyone has been able to work from home – Essential Workers are the other unsung heroes of 2020.

Amid the lockdown, in May and June, Dallas was part of a national movement sparked by the death of George Floyd in Minneapolis. The protests in Dallas were largely peaceful, but turned violent on May 30 when police tried to disperse protesters with tear gas or other non-lethal weapons.

There was vandalism in Uptown and reports of ultra-right and far-left infiltrators seeking to create anxiety.

But in general, the protests of the Black Live Matters movement were able to remain peaceful and managed to channel their questioning of the forces of order at the national level and of the systemic racism from which this city has not been exempt.

Although the quarantine began in March, that did not stop the increase in crime in Dallas. As of December there were 227 murders, an increase from the previous year.

The pandemic would also be responsible for the increase in cases of domestic violence and suicides.

It was a rough year for restaurants and many had to close for good, even though some were able to receive federal loans. But the survivors are reinvented places where it is common to receive food on the sidewalk, to go or through a delivery service.

Restaurants that can still receive clientele must maintain strict social distancing rules. The authorities only recommend that you eat outdoors, which makes your business already difficult with limited profit margins.

More than one million people (1,000,745) went to the polls in the last election, achieving a record 60% turnout in Dallas County.

It is a historical participation and that although it did not alter the political map of the region or the state, it was part of the national panorama in a national election in which Joe Biden defeated Donald Trump and from January he will be the next US president.

Globe Life Field opened in the midst of the coronavirus pandemic, preventing supporters of the Texas Rangers from being present at the historic moment. The first official major league game at the new Arlington Stadium took place on July 25 with a 1-0 win by the Rangers over the Colorado Rockies.

The coronavirus pandemic forced Major League Baseball to hold the World Series in a neutral venue and it was at Globe Life Field in Arlington that the Los Angeles Dodgers managed to break the 32-year spell without winning the title. The Los Angeles squad beat the Tampa Bay Rays in six games in the World Series.