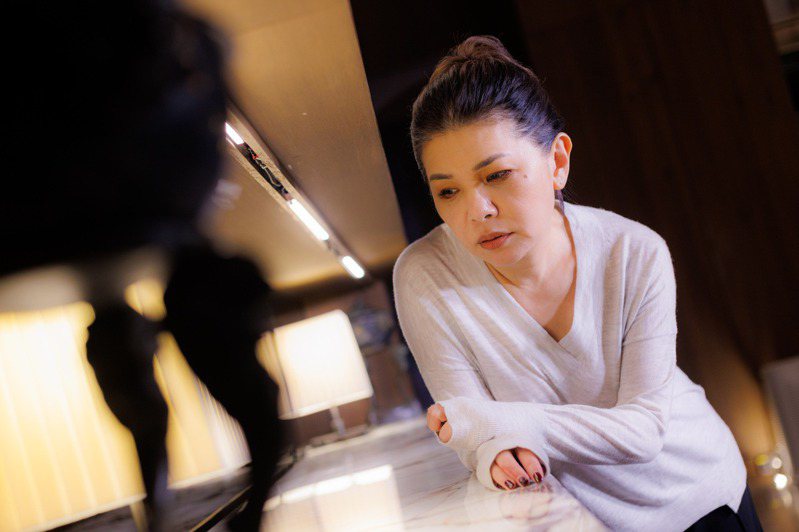 From a schoolgirl singing with a frowning brow in a school uniform, to the invincible “Eastern Invincible”, the little Zhang Qingfang has enormous energy, and her god-given voice has brought her to the top of the music scene.

But Zhang Qingfang said, “I wasn’t cultivated, I wasn’t expected, and I even thought how could I possibly sing.” But she wrote the myth of the Chinese music scene and turned around and married. Although the ending is still separation, after a passion in life , and now she runs her own life: “I still want to thank God for giving me this voice.”

Zhang Qingfang’s title of “Oriental Invincible” comes from his real achievements. After his debut in 1985, he released about 30 solo albums, almost all of which have sold hundreds of thousands to more than one million copies. Female singer, twice blocked. After the radiant song, it once disappeared in the crowd.

“I’m an extra child.” Zhang Qingfang ranked fifth at home, with a brother and sister, and a younger brother. Sandwiched in the middle, Xiao Wu was a quiet and good child. not cultivated. Looking back on her vague childhood now, she couldn’t even remember the names of any of her classmates.

Zhang Qingfang likened that if her youth was a movie, there would only be a fat girl sitting and eating, “Every day, as my mother said, it’s like a ball rolling home, it’s a bit like living in one’s own life. In the world. But I know, I can sing.”

The voice is given by God, and the love of singing is influenced by the father. In my memory, if the family went out, Zhang Qingfang would definitely sit next to her father, who would sing along to the cassette, and she would sing along with her, often in Japanese. She learned to sing “The Wish of an Orphaned Girl”.

A young girl, Fang, found that she could sing and began to realize that her hobby was music. She went to the movies and listened to folk song concerts.

Such Zhang Qingfang seems to have a sense of existence. She is no longer small and transparent in the junior college period. She sings the songs that her classmates love like a gramophone. The teacher finds out and always assigns her to competitions, even for activities inside and outside the school. On stage, as a result, “Zhang Qingfang, who is very good at singing”, became popular in the student circle.

Afterwards, her classmates helped her sign up for the “University Town” Folk Song Competition and became the first nobleman on her singing journey. Zhang Qingfang’s clear singing won the championship in one fell swoop, because the program was very popular, and the school cheered. Unfortunately, she lost the second episode, but she was welcomed by the record company. She signed into Dianjiang Records. In 1985, she released her first album “After Passion After Passion” “.

37 years later, “After Passion” is still being sung. Zhang Qingfang became famous as soon as she made her debut, and she stood at a high place as soon as she debuted.

“After I became famous, I had a hard time for half a year. Because I didn’t look good, I couldn’t be on the show.” She remembered that the boss at that time, Gui Mingyu, looked at the useless makeup box and shook his head: “What should I do, I can’t even get on the show. programme.”

When the cover photo was taken, the company also felt that Zhang Qingfang did not look good in anything and was not good at styling, and finally decided that since she was a student, she would wear a uniform. At that time, the most popular singers had to appear on the most popular programs such as “Double Star Announcement”. Zhang Qingfang said: “I was only after the song became popular on campuses across the country, and no one came to me.”

It’s hard to have a show to be on, although the newcomer sings the last one, the whole company is still very happy. She went to the “Announcement of Double Stars” in uniform and was assigned to sing “Young Every Day” because the TV station thought “how can a little girl sing something like ‘After Passion'”, not to mention that in the MV there was still “a man and a woman upside down”, Hua Hua This song is banned.

Even “Young Tian Tian” was cut off after only half of the song was sung. Zhang Qingfang, who was watching TV at home, was so disappointed.

However, it was lost to the east, and Sangyu was received. Zhang Qingfang met the second nobleman Wang Weizhong during the recording, so she was arranged for the “weekend party”. The host Zhang Xiaoyan had already learned that there was such a person on campus and specially introduced her. Zhang Qingfang stepped onto the stage from the auditorium, “I became very popular. I only knew at that time that I had to go to school with my head down.”

She has to walk through the entire playground from the school gate to the classroom every day. After the show became popular, everyone looked up to see who Zhang Qingfang was. “God, I don’t dare to raise my head, because I’m not pretty.” She stared at the thick calves and black leather shoes under her student’s skirt, and walked into the classroom with her head down, “I really don’t get used to it because I haven’t been cultivated. Well.”

After becoming a singer, Zhang Qingfang didn’t have any flamboyant momentum. At that time, when others asked her to go to the most popular dance hall, Kiss, she did not dare to take the road in front of the door. There are Rolling Stones, Wang Weizhong and those bad boys watching what girls are coming today. Do you dare to leave? I don’t dare at all.”

This morning! Bangkok, the dust rate exceeds the standard in 28 areas

donates $300 to flush vodka down the toilet (VIDEOS)