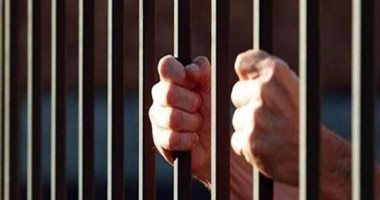 Ahmed El-Deeb, the main suspect in the incident of kidnapping and killing Haddad Ismailia after 8 days of torture, made exciting and detailed confessions during interrogations with him before the Public Prosecution.

Al-Deeb, the main suspect in the incident, said that he has been married to his cousin for more than 12 years and has 5 children, including twins, and his life was calm and stable until he received a phone call from a woman who said that she possessed offensive videos of his wife and claimed that she helped him not to publish these videos.

Al-Deeb added, in his statements before the Public Prosecution, that he confronted his wife with the words of the woman. His wife said that the videos were filmed under threat from two men and two women, including the dead man, a “bomb,” noting that the woman continued to blackmail him through phone calls and asked him for 2 million pounds. Because she knows he owns a house and a plot of land.

The accused continued: The extortion continued by several people, including the victim, so I decided to lure him to the bean shop he owned and then kidnapped him to my home in Ezbet Al-Bahtim, stressing that he tried to reach the rest of the victim’s partners who were trying to blackmail him with videos.

He continued to torment him for 8 continuous days, during which he confessed to filming his wife in order to blackmail him, so he photographed him in a nightgown as he did with his wife, noting that he was intending to hand the victim over to the police, and to arrive, but at the dawn of the day of his murder he tried to escape and jumped from the second floor of the house, fell on his head, and tried He was treated at home, but he died, so he decided to carry him on a tricycle after wrapping him in a blanket and throwing him in the canal, until the body was found and his order was revealed by the detectives, and he revealed his associates in committing the incident and arresting him, so he guided the place of dumping the body in the canal.

The Ismailia Prosecution decided to renew the detention of 5 accused of killing Haddad after a torture party in Izbat Al-Bahtini in Ismailia, and dumped his body in the Ismailia Canal, 15 days pending investigations, after hearing their words and their full confession of committing the incident, because the victim blackmailed the main defendant with videos of the wife of the main accused.

He had represented the five accused of killing the Ismaili Haddad after a torture party in Ezbet Al-Behtini in the city of Ismailia, and dumping his body in the Ismailia Canal, the crime amid tight security.

A young man in his thirties working as a blacksmith, was killed by a person and his wife and with the help of 3 of his friends, after he lured him to the latter’s house, in Ezbet Al-Bahtini, affiliated to the Ismailia Center Department, and practiced a torture party on him for 8 days until he died, due to differences between them, then they threw in the Ismailia Canal.

Major General Mansour Lashin, Assistant Minister of Interior and Director of Ismailia Security, received a notification from the head of the third police department in Ismailia that a young man had killed his friend after a torture ceremony conducted by the latter after he lured him to his home in Izbat Al-Bahtain, affiliated to the Ismailia Police Station Department, due to a dispute between them, and then they dumped his body in a canal Ismailia, the detectives immediately moved to the scene of the incident and the body was inspected. The Public Prosecution office, which examined the incident, was notified and ordered that the body of the victim be transferred to the mortuary of the Suez Canal University Hospital, and a report was issued about the incident.

Preliminary investigations into the incident revealed that the accused is “Ahmed. A,” and his nickname is “Al-Deeb.” He works as a bean and falafel seller, and a resident of Ezbet Al-Bahtini in Ismailia. “Ahmed. Q.” His wife and 3 of his friends beat the victim until he died. The body was dumped in the Ismailia Canal, and the detectives succeeded in arresting the five accused.

Russia deploys trained dolphins in the Black Sea .. What is the secret?