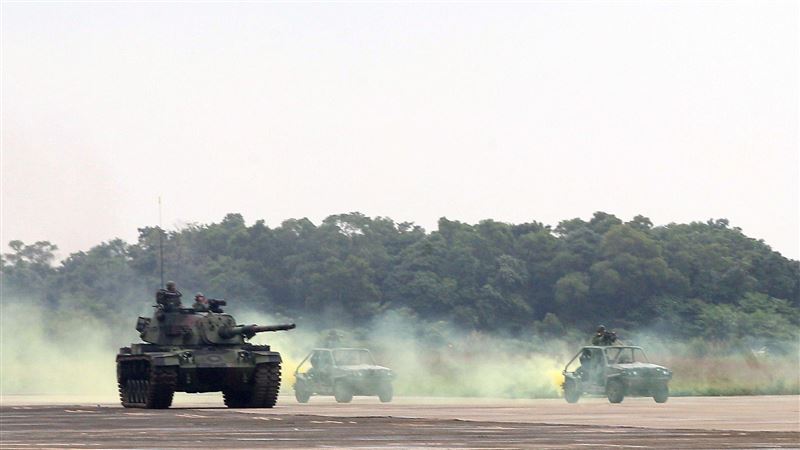 Is there a military diagnosis reported from Hukou Prestige School?Some netizens broke the news that they are located in Hukou Township, HsinchuArmy Armored Force Training Command(Formerly known as Armored Forces School, Armored Forces School), one soldier was diagnosed with new coronary pneumonia, and all 70 persons in contact with him have been quarantined. Due to the relatively closed environment in the military, the outside world is worried that the epidemic will continue to spread, and the number of confirmed cases may increase. Regarding the confirmed case reported in the military, the Hsinchu County Health Bureau stated today (21) that the investigation of the epidemic has not been disclosed, and it must be confirmed through the command center. However, the command center did not deny it, and later only said that the military would say.

The latest response from the military in the evening said: “A training officer from the Army Armored Forces Training Command in the Hukou area was notified by a newsletter because he had contact with relatives and friends of the new crown pneumonia. After receiving a newsletter, he went to a screening test on the 20th. After receiving the notice, immediately cooperated with the county government’s health unit to eliminate the epidemic, and the trainees from the same unit also went for screening. Currently, the quick screening is negative. The PCR result has not yet come out. The military is also paying close attention to the status of officers and soldiers.”

▲It was reported that a soldier had been diagnosed in Hukou Dress School. Schematic diagram, non-confirmed cases.

It is understood that netizens broke the news in the group that 1 person in the Armored Forces School in Hukou Township was diagnosed with new coronary pneumonia, and 70 related contacts have been isolated. A person familiar with the Army pointed out that the officers and soldiers of the Taipei Guandu Command went to the Hukou Armored Forces School for training. Yesterday, one person was known to be diagnosed and the relevant personnel have been isolated.

In this regard, a reporter from “Sanli News.com” asked the Hsinchu County Health Bureau for verification. Director Yin Dongcheng responded very tactfully, saying only that “the case is related to the epidemic situation and the epidemic investigation, it is inconvenient for him to talk about it.” It was confirmed over there that he had no authority here.

The reporter asked Zhuang Renxiang, a spokesman for the command center, about this matter. He said that he had not known such a situation so far and would ask the Ministry of National Defense for confirmation later. In the evening, Zhuang Renxiang replied to reporters again, saying that “the military will say.”