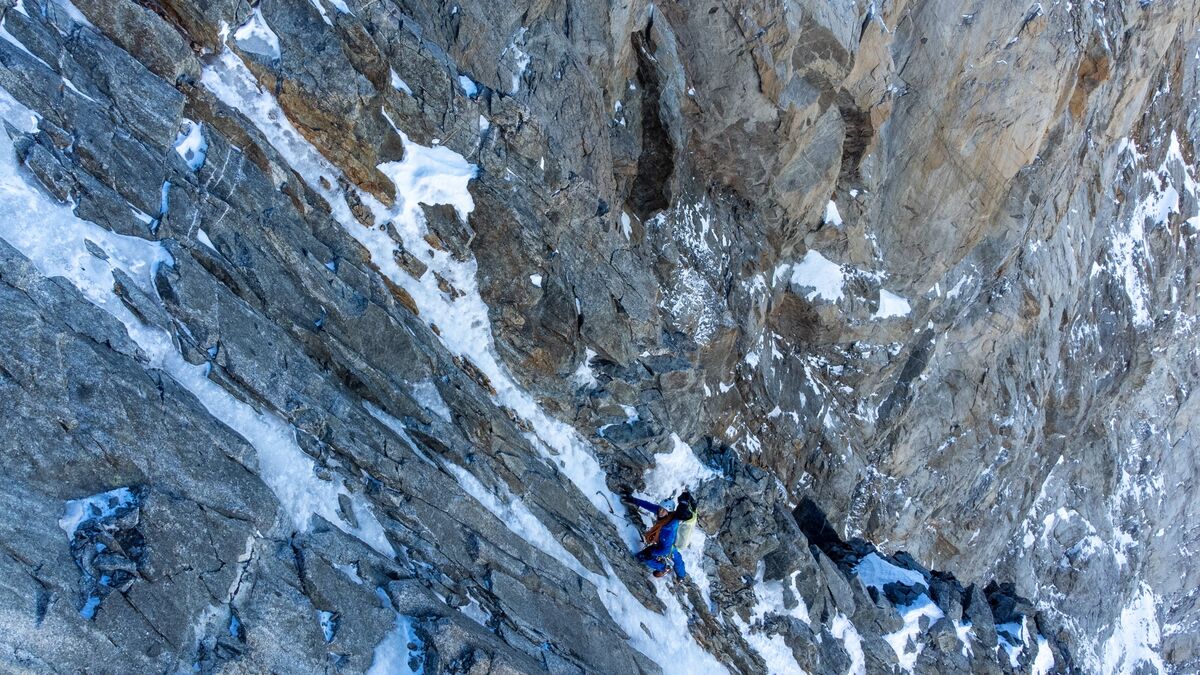 “I walk three steps, I barely realize. I collapse on my knees, I cry. This is how Charles Dubouloz reached the summit of the Grandes Jorasses at 4208 meters on January 18, at sunset. The guide from Talloires (Haute-Savoie), had just spent six interminable days on the north face of this iconic mountain of the Mont-Blanc massif, accomplishing one of the greatest feats of mountaineering: climbing alone and in winter this 1200 m wall, as high as four times the Eiffel Tower.

“It’s extremely difficult, because you never see the sun there in winter. The temperatures are freezing, we approach -30 ° C at night, ”he describes. His parched hands with bruised fingernails, as well as a frozen and blackened part of his right foot bear the scars of these polar conditions.

Even more impressive, Charles Dubouloz tackled the route alone. “You can only rely on yourself. If I have the slightest problem, I have no one to help me. Not even the PGHM (rescuers from the high mountain gendarmerie platoon), because I dropped my laptop in a vacuum,” he explains.

“I also had a 35 kg bag to carry around to be independent. I was very slow”, continues the mountaineer, who also had to deal with dangerous terrain with unstable rocks. The route taken is called Rolling Stones, literally “rolling stones”. “It’s hyper-stressful, because you could hit a pebble in your face at any time. »

It is finally safe and sound that Charles Dubouloz comes out of this event where he lost six kilos. Upon his return to Chamonix (Haute-Savoie), the performance caused an earthquake in the valley and the world of mountaineering, where we had not seen such a feat for twenty years. Kilian Jornet, twice winner of Everest without oxygen, raises the Haute-Savoie guide to the rank of “the best mountaineers in the world”.